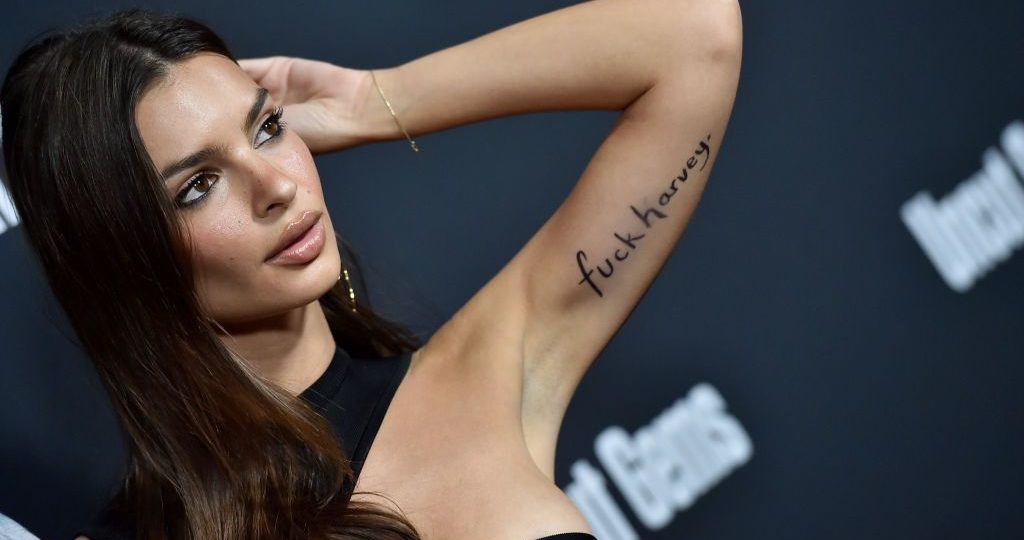 Call it the short heard ’round the world: the sweat short. The comfy sweat short was worn by Bella Hadid as she stepped out to play tennis. (Her’s was a green incarnation.) Now, Emily Ratajkowski is the latest person to opt for the sweat short. This past week, she was spotted cruising around on a charming green bike around the Hamptons. She wore plain gray sweat shorts—all parts cushy and casual—or rather, the optimal lockdown bottom of summer. (Those are also an Inamorata piece titled the “Solstice Sweatshort.”) To match her sweat shorts, she opted for the “Lunita Tank,” a cropped gray crop top, featuring a riff of an illustration by her father, that is set to launch this week.

Of course, there were some other signature Ratajkowski accessories. She wore a gold name plate of her dog’s name “Colombo,” as well as a blue hat with “Elara” emblazoned on the front, which is the production company behind Uncut Gems. (Ratjkowski’s husband, Sebastian Bear-McClard is one of the founders.) And as for that little tote in her bicycle basket? It is her trusty Online Ceramics bag (the smartest carryall of summer!) that features the faces of authors like Laura Ingalls Wilder and Shel Silverstein. It’s gotten her noticed outside of the fashion world, as well: Back in July, one of the authors featured, R.L Stine took notice and tweeted out a photo of Ratajkowski carrying the tote and asked: “How did I get on this woman’s tote bag.” 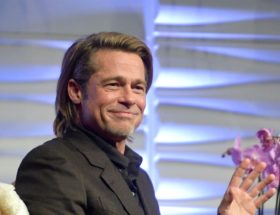 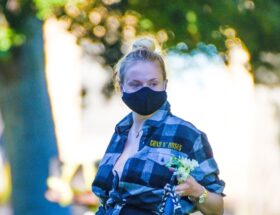