Every year in Miami when Art Basel rolls around, locals prepare for the elegant madness, an influx of chic from all around the world.

Last night and on the eve of Miami Art Basel, the place to see and be seen was at the opening party for the brand-new, newly relocated Rubell Museum—a collection boasts the large scale works by Keith Haring, Sterling Ruby, Jeff Koons, Anselm Kiefer and countless others.

Having just moved from Wynwood to the not yet gentrified Allapattah neighborhood, according to Michelle Rubell, “the space was so unbelievable here we came and found these fruit and vegetable warehouses which were too magnificent for storage and when my husband Jason and his mother Mera entered the space, they envisioned the crazy idea of having a museum here, so we gave birth to it.”

Indeed, they did. The ritz and glitz was in full effect as guests speaking a smattering of languages gathered alongside Vanity Fair’s editor-in-chief Radhika Jones, and the Rubell Family, who socialized with all throughout the evening. But, what else would you expect from Studio 54’s Steve Rubell’s brother Don and his wife Mera?

Speaking of guests, Miami’s culturati came out; Carol Iacovelli arrived, decked from head to toe in Balmain, while Elizabeth Beracasa who resides in Venezuela, Switzerland, and Miami opted for a more-simple black dress. Finishing one another’s sentences, the best friends accepted the invite because they “wanted to see what our friends, the Rubell’s, who we have huge admiration for, had up their sleeves.”

After mingling in the garden area, we entered the collection itself and conversed with Mickalene Thomas right under her very own piece of work. Somehow, the Dior-clad artist-cum-celebrity cracked a smile while opening up about the Rubell’s and how they have been so supportive of artists like herself, among others, “seeing what they did in this magnitude makes me really happy for them and allowing their art to be housed in a wonderful space where people can view it.”

Jeffrey Deitch, renowned gallerist said he would never miss the inaugural opening, “it is truly astonishing, there is no contemporary art museum in the world that can give you such an expansive and deep insight into contemporary artists today.” Other notables included sustainability king, Maison de Mode’s Hassan Pierre, who came alongside the ever-so-colorful Versace Home designer Sasha Bikoff, David Simkins, Juliana and Alex Krys, Esther Park, Jessica Plair Sirmans, Jillian Jacobson, Morgan Shara and Gloria Porcella.

Sipping on Casa Dragones, everyone enjoyed music by the Misshapes, nibbled on passed hors d’oeuvres and took in their incredible surrounds. What a way to ring in the festivities ahead! 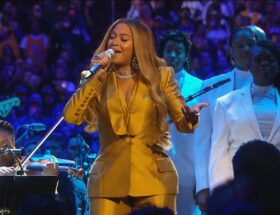 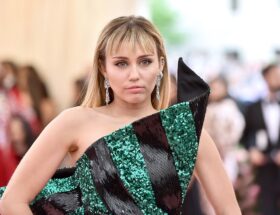 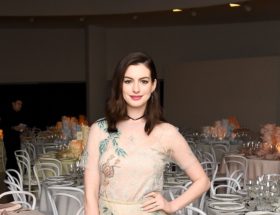