The actress spoke about stepping from a supporting role to a lead one in Olivia Wilde’s highly-anticipated film.

Florence Pugh had an untraditional path toward her leading role in the forthcoming psychological thriller Don’t Worry Darling.

For Harper’s BAZAAR‘s September 2022 cover story, the Oscar-nominated actress opens up about the Olivia Wilde-directed film, and switching from a supporting part to the film’s lead early in the process. Pugh was initially offered the role of Bunny, a neighborhood wife, before getting the chance to play the film’s protagonist, Alice Chambers.

“It was a different beast,” Pugh says of agreeing to take on the lead character. (Wilde ended up in the role of Bunny.) She adds that the decision to take on the role was an easy one, saying “I love playing a distressed woman.”

As Alice, the actress plays a resident of an idyllic 1950s town where women spend their days in a loop of housewife activities and the men work at the mysterious Victory Project. Pugh says her role in the film has a similar theme as much of her previous work, with Alice beginning to question everything about her life after one of the wives disappears.

While the film premieres this weekend at the Venice International Film Festival, Don’t Worry Darling has been at the center of a media storm since the casting of Pugh’s co-star Harry Styles, which heightened when he and Wilde went public with their relationship in January 2021.

When the official trailer dropped in May, the Internet’s attention heavily focused on a teased sex scene between Pugh and Styles. The actress tells that she wants audiences to appreciate the film for more than just the sex scenes.

“When it’s reduced to your sex scenes, or to watch the most famous man in the world go down on someone, it’s not why we do it. It’s not why I’m in this industry,” Pugh says. “Obviously, the nature of hiring the most famous pop star in the world, you’re going to have conversations like that. That’s just not what I’m going to be discussing because [this movie is] bigger and better than that. And the people who made it are bigger and better than that.” 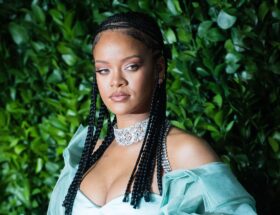 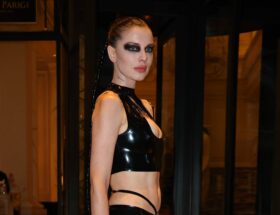