Blake Lively Is Set to Make Her Directorial Film Debut

The actor will helm the feature film adaptation of the 2014 graphic novel Seconds.

Blake Lively is set to bring a popular comic book to life.

The A Simple Favor actor and Met Gala co-chair will direct the movie adaptation of Seconds, a 2014 graphic novel written by Scott Pilgrim writer Bryan Lee O’Malley. The film will follow Katie Clay, a chef who discovers the power to fix her mistakes by writing them down, eating a magical mushroom, and going to sleep. Over time, her overuse of the ability threatens not only her life but space and time itself.

This is the Gossip Girl actor’s first directorial project since she made her debut with the Taylor Swift music video “I Bet You Think About Me (Taylor’s Version),” which starred Miles Teller. For her work on the video, Lively earned nominations for the 2022 Academy of Country Music Awards for directing and producing.

Edgar Wright, who adapted O’Malley’s Pilgrim series into the 2010 film Scott Pilgrim vs. The World, wrote the script for Seconds and will produce alongside Marc Platt.

In addition to Seconds, the mom of three is also set to produce and star in the Netflix thriller We Used To Live Here, and she launched her non-alcoholic mixer line Betty Buzz last November. In a People interview, the star said that she wants to inspire her daughters as a working mom, and that she “brings them along” to work with her.

“I want to be as present of a mother as humanly possible and I want them to feel my presence, but I also think the best way to be the best mother is to show them that you can have a life and have a passion and have an identity outside of just being a mother,” she said.

“I mean, being a mother is completely all-encompassing, and that doesn’t mean there are a lot of mothers who don’t have the opportunity to work as well, but just having your [own] identity is, I think, very important. And teaching them that they can maintain themselves and that everything is possible [is crucial],” she added. 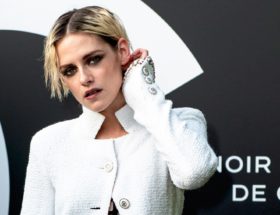 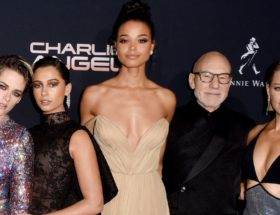