Jennifer Lawrence Walks in the Rally for Abortion Justice March in D.C. 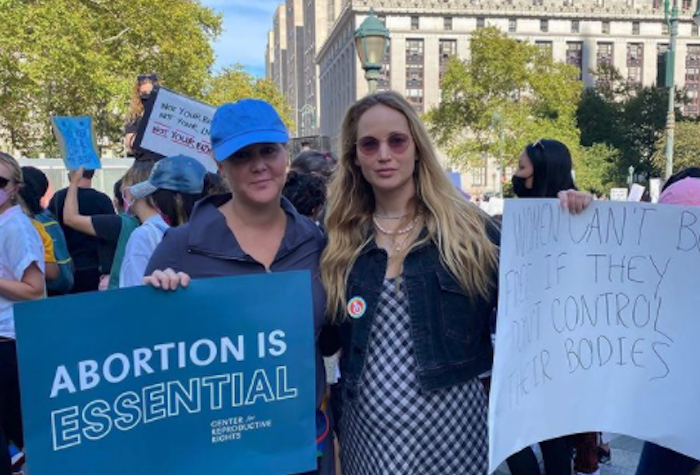 The mom-to-be and comedian Amy Schumer attended the main rally of the nationwide abortion ban protests.

Jennifer Lawrence has shown her support for abortion rights.

The Silver Linings Playbook actor attended the Rally for Abortion Justice with comedian Amy Schumer, yesterday in D.C. The rally, organized by the Women’s March movement, was one of hundreds of nationwide protests, where activists protested the recent restrictive bans passed in Texas and proposed in other states.

In a pic shared on Schumer’s Instagram, the two friends posed at the start of the march in Freedom Plaza. The Trainwreckactor was dressed in a blue jumpsuit and cap while she held an “Abortion Is Essential” sign. Lawrence, who is pregnant with her first child, wore a checkered dress and a denim jacket. She held a sign that read, “Women can’t be free if they don’t control their bodies.”

“I don’t have a uterus and she is pregnant but we out here @womensmarch @plannedparenthood #rallyforabortionjustice,” Schumer captioned the pic, referring to the uterine and appendix removal surgery she underwent to treat extensive endometriosis.

Over 650 abortion rights protests were planned across the country yesterday. They come as the Supreme Court prepares to reconvene on Monday to consider Mississippi lawmakers’ plea to overturn the landmark 1973 Roe v. Wade case, per People. They also follow the implementation the most restrictive abortion law in the U.S., Texas’ Senate Bill 8, which bans abortions once a fetal heartbeat can be detected.

Women’s March executive director Rachel O’Leary Carmona wrote Friday, “Over 120,000 people are set to join us at over 650 rallies nationwide tomorrow, fighting for abortion justice. This is how we send a message. Lawmakers, don’t you dare take away our reproductive freedom.”

Lawrence, 31, confirmed that she is expecting her first child with her husband Cooke Maroney last month. A source told People that the actor is “very happy” about the pregnancy.

“Jen wanted a family for a long time and found an ideal mate whom she loves, respects and enjoys being around. She loves married life, and they have a solid foundation for a baby. She is very happy and looking forward to being a mom.”

The source added, “She loves her work and that will continue. Like other actors, she will balance her career and her life as a wife and mom. She will do it well. Jen is grounded and ready to be a parent because she loves family life.” 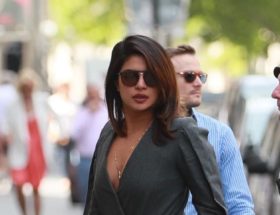 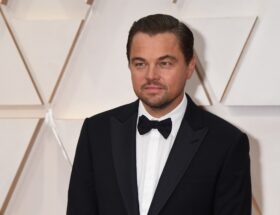 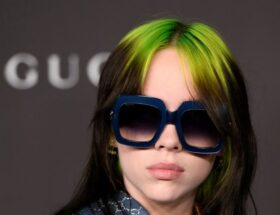