The two were spotted back in New York City carrying bottles of wine.

After spending a substantial amount of time away from the limelight, Jennifer Lawrence and her husband, art gallerist Cooke Maroney, were spotted walking around New York City, each carrying a bottle of wine.

The two, who married last October and have rarely been seen in public since, were also each wearing a face mask, in accordance with public health guidelines. The Red Sparrow actress wore a spaghetti-strap slip, covered in a rust-orange and olive-green floral print, with white sneakers. She accessorized with minimal gold jewelry and a dark-green shoulder bag.

Lawrence and Maroney married last fall in a private ceremony. Afterward, they reportedly honeymooned at a resort in Indonesia.

Before their wedding, Lawrence opened up about the bond she has with her husband. Appearing on an episode of the NAKED with Catt Sadler podcast, she talked about the moment she knew she wanted to marry him. “I definitely wasn’t at a place where I was like, ‘I’m ready to get married,'” she said. “I just met Cooke and I wanted to marry him.”

She added that he fully reciprocated that affection. “We wanted to marry each other,” she said. “We wanted to commit fully. … He’s my best friend, so I want to legally bind him to me forever. And fortunately the paperwork exists for such a thing. It’s the greatest. You find your favorite person on the planet and, you’re like, ‘You can’t leave!’ So I wanted to take that offer.” 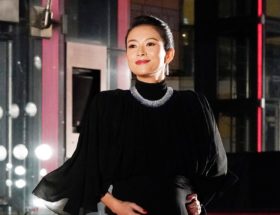 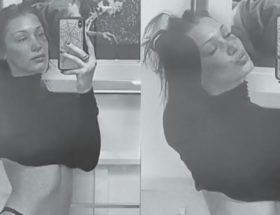 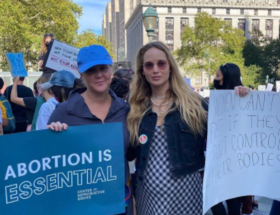