The couple, who have been together for nearly six years, tied the knot in Oklahoma over the holiday weekend at Shelton’s private ranch.

Gwen Stefani and Blake Shelton are married. The couple, who have been together for nearly six years, tied the knot in Oklahoma over the holiday weekend at Shelton’s private ranch.

Per Page Six, Shelton built a private chapel specifically for this occasion, and there was a tent on the property, where the reception was reportedly set. The outlet also captured photos of guests, including Stefani’s parents, Dennis Stefani and Patty Flynn, heading to the wedding.

The site obtained photos of what looks like a small chapel structure all decked out for the big day. Shelton’s 12,000 acre-ranch, where the whole ceremony and reception reportedly took place, is located in the rural town of Tishomingo, Oklahoma, which is about two hours north of Dallas.

As TMZ noted ahead of the weekend, the couple reportedly obtained a marriage license, via the Johnston County Court Clerk’s office, on June 29 in Oklahoma. The site also wrote at the time that once couple’s in Oklahoma receive a wedding license they have up to 10 days to get married, which pinned the singers’ wedding date at sometime around…now.

Stefani and Shelton got to know each other when Stefani started as a judge on The Voice.

In July 2015, Shelton filed for divorce from his wife of four years, Miranda Lambert. Stefani and her ex-husband, Gavin Rossdale, split in August of 2015 after 14 years of marriage. E! confirmed that Stefani and Shelton were an item in November of 2015. They announced their engagement in October 2020.

Stefani sparked marriage rumors when she was seen in early June wearing what looked to be a diamond wedding band.

Rumors of a 2021 wedding had been circulating for a while. In December 2020, a source told Us Weekly that the chapel was ready to go:

“Blake built a chapel on the grounds of his Oklahoma ranch. He did it himself with help. It’s really a tribute to their love. They are going to get married in the chapel, most likely early next year.” 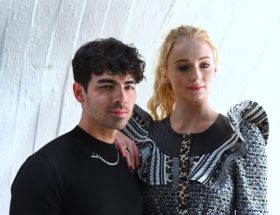 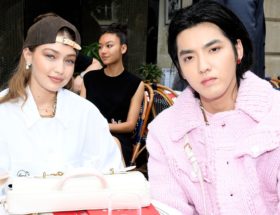