HBO just released the first trailer for its Gossip Girl spin-off series, and my God, it’s everything we’ve dreamed of and more.

The preview shows off the luxe AF vibe the reboot is going to have (somehow, it looks like it will manage to be even more extra than the OG series—in the best way, of course). Since it’s only a teaser, we don’t get much, just moody shots of the cast (all gorgeous, all tortured by messages appearing on their phones) and lots of X and O imagery in homage to Gossip Girl’s signature sign off. The entire, minute-long clip is narrated by Kristen Bell (who is reprising her role as the voice of Gossip Girl for the new series), which somehow makes the whole thing finally feel real in a butterflies-in-the-pit-of-your-stomach kind of way.

This version of Gossip Girl, premiering on HBO Max in July, is set in the same universe as Blair and Serena’s old stomping grounds, but years later. “Eight years after the original website went dark, a new generation of New York private school teens are introduced to the social surveillance of Gossip Girl,” HBO shared in an official synopsis. “The prestige series will address just how much social media—and the landscape of New York itself—has changed in the intervening years.”

Further details about the drama remain under wraps, but fans are gleaning whatever hints they can from the show’s social media accounts and paparazzi photos taken from the set. The first shot of the cast sitting on the Met Museum steps was particularly Internet breaking. “It was crazy, everyone was jumping on it, there were people from left and right,” Lind previously recalled. She and her costars couldn’t believe the madness. “I was looking at the cast mates and I was just like, ‘What the fuck? This is going to be possibly the next six years of our life, Jesus!'” she said. 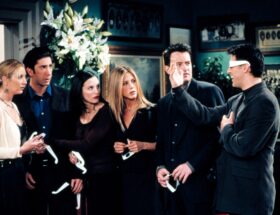 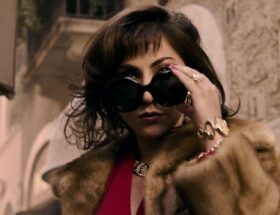