The singer said she was “literally in labor working on” her track, “Rooted.”

Ciara was hard at work nearly down to the last minute before giving birth to her and Russell Wilson’s newborn son, Win.

Case in point: She filmed the music video for her new release, “Rooted,” just two days before welcoming her baby boy, she revealed on Instagram this week. Nevertheless, the R&B star, a master of maternity style, stunned in a variety of looks with her baby bump on display as she sang and danced in the new visuals. She also wrote that the video was shot “Covid style,” hinting that her team followed social distancing guidelines to create it.

Ciara added in another post describing working while pregnant, “From being in the 10th month of my pregnancy, in studio, & literally in labor working on this song, it was truly a memorable experience creating the Rooted song & video.”

The “Level Up” star welcomed her son Win on July 23, marking her and Wilson’s second child together. “There was a lot of love and thought put into it,” the proud mom said of their baby’s unique name.

The theme of family is strong in Ciara’s “Rooted” video, as she appears with children Future Zahir, who she shares with rapper Future from a previous relationship, and Sienna, her first child with Wilson, in the footage and cover art. The singer also celebrates Black culture and history through the work, with lyrics like, “All my songs come with melanin /
Got the heart, got the soul like Harriet / A queen since she born, that was evident / That’s evidence, of black excellence.”

At the end of the video, she dedicates the project to Black youth and “my Black queens and kings.”

To all my young Rosa’s and young Luther’s, keep marching.

Don’t stop fighting for what you believe in.

To all my Black queens and kings, continue to plant and spread seeds of love, hope and pride in your tribe.

Everything you need to survive is rooted in you.

Proceeds made from “Rooted” benefit Grantmakers for Girls of Color, a philanthropic organization that invests to support girls of color across the country. 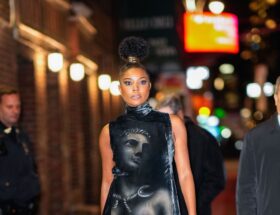 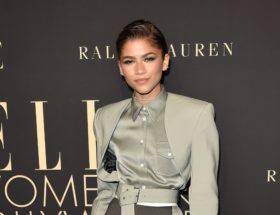 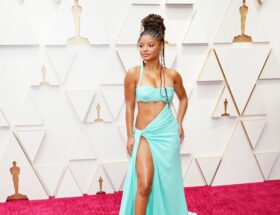