Georgina Grenville’s Latest Campaign is All in the Family

After 30 years as one of the world’s top models, Georgina Grenville has worked with the world’s great image makers—Meisel, Avedon, Penn, the list goes on. Still, nothing could have prepared her for her latest challenge: a shoot where her teenage daughter called all the shots. In Kwaidan Editions’ latest ads, Grenville and her 15-year-old daughter Louna joined forces to create a campaign centered on motherhood. The atmospheric images feature Grenville walking the streets of her arrondissement in the brand’s minimalist designs and look straight out of a magazine editorial — all the work of the enterprising Louna. “There were no ground rules other than a firm promise I made to Louna that I would not take over her shoot,” shared Grenville via email from Paris. “She is very bossy, so it worked out just fine.”

Jokes aside, the collaboration offered something new for the veteran model. In search of a creative project, Grenville and her agents at Next Management sat down with Kwaidian editions designers, Léa Dickely and Hung La. Initially proposed as a series of self-portraits, the campaign concept evolved during the conversation. “The more we talked, the idea of shooting everything myself overwhelmed me,” says Grenville. “Having met my daughter Louna backstage at their show in February, Hung and Léa suggested she shoot it. I thought it was an exciting proposal—the idea of seeing myself through my daughter’s eyes! When I brought it up with Louna, she loved the idea. For us, it was a pleasure to have a common project.”

Though the mother-daughter duo received a brief, they were given free rein to experiment with the brand’s fall/winter 2020 collection. Louna scouted locations throughout Paris, put together mood boards, and had a clear idea of how she wanted to present her mom. “It was immensely satisfying to realize that my daughter essentially sees me as a very happy, slightly eccentric, aging teenager,” says Grenville. “I think the fact we know each other so well helped in this case.” Makeup artist Cyril Lanoir and Grenville’s agent, Versae, who served as an assistant, were on hand, but Grenville handled the styling herself. “The real difficulty was the steaming, which of course did not interest Louna in the slightest!” she says.

The shoot, which took place in May during Paris’s lockdown was unique. For Grenville, who has lived in France for the last 15 years, the city’s mood differed from anything she had experienced previously. “Quarantine in a lot of ways has had an unexpected effect on Parisians; it’s made them nice,” she says. “This niceness translated into courtesies previously unimaginable.” Social distancing, combined with the departure of nearly a third of the population, meant empty streets and quiet cafes, but it didn’t impact the shoot’s mood. “It was fantastic to be able to work on something during these months of quarantine. It gave us a new focus, a genuine project with actual deadlines,” says Grenville. “Once we got going, we had a blast. We laughed a lot, and after months of being holed up, it was a real pleasure to share the day with friends.” More than that, it brought mother and daughter closer. “We have always been close, but the teenage years are tough, things can be up and down,” admits Grenville. “This project was an absolute pleasure; however, it gave us a shared goal. As a mom, I am proud of her. She knew exactly what she wanted and was able to get across her vision to a small creative team.” 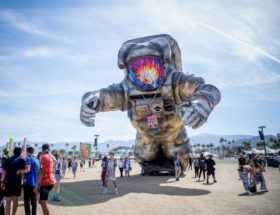