Katy Perry and Orlando Bloom are currently practicing social distancing amid the coronavirus pandemic. However, that hasn’t stopped the couple from finding out the sex of their first child together.

Sharing a hilarious photo of Bloom with pink cream frosting all over his face, the singer wrote, “💕 it’s a girl 💕.” Bloom looked elated about the news.

Fans were understandably excited, too, and even Taylor Swift commented on Perry’s sweet announcement, proving that there’s no bad blood between them.

Perry announced her pregnancy in her “Never Worn White” music video, having managed to keep the news a secret until then. The pop star confirmed her pregnancy on Twitter after the music video premiered. She joked, “omg so glad I don’t have to suck it in anymore,” and, “or carry around a big purse lol.”

During a performance at the Women’s Cricket T20 World Cup 2020 final in Melbourne, Australia in early March 2020, Perry proclaimed to the crowd, “I hope it’s a girl.” It just so happened to be International Women’s Day when Perry revealed her wish to have a baby girl. 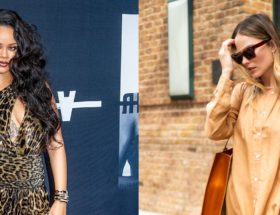 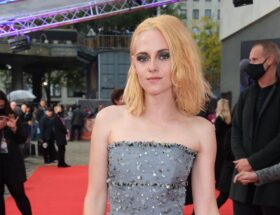