Rihanna is introducing her beautiful boy to the world.

The superstar has shared the first look at her son, who she and her boyfriend A$AP Rocky welcomed last May. She dropped the surprise clip on her brand-new TikTok account after joining the app this morning. In one hour, the singer has already gathered six million followers for her brand new account.

In the adorable clip, the infant, who wears a comfy brown sweater, is strapped into a car seat with baby blue straps during a trip around Los Angeles. Several shots recorded by the “Umbrella” singer are pieced together, showing the baby boy playing with the camera, yawning, and looking out the window during the journey.

As for the adoring mom, we hear the superstar cooing along with her son, and saying once at the beginning of the clip, “You tryna get Mommy’s phone?”

“Hacked,” she captioned the post, joking about the intimate peek into her private life.

The new parents have protected their son’s privacy since welcoming the new arrival, whose name they have yet to share. Since re-emerging into the public eye, the pair have gradually opened up about parenthood in some interviews, with the Fenty mogul revealed her favorite part about spending time with her newborn.

“Oh my god, the mornings, like, seeing his morning face!” she told Entertainment Tonight. “Seeing a baby with, like, little bags and waking up and they’re just, like, startled. They’re trying to figure out where they’re at. It’s the cutest, it’s my favorite part of the day.”

Rocky also opened up about fatherhood in a May interview with Dazed.

“I hope to raise open-minded children. Not people who discriminate,” he told the magazine. “And I’m not trying to describe a saint, but realistically, I just want a cool child with cool parents.” 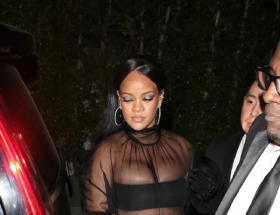 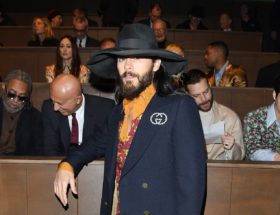 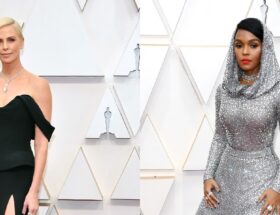