Priyanka Chopra’s Daughter Malti is Forming Her Sense of Style

The style star shared a new pic showing her daughter’s interest in fashion.

Priyanka Chopra is introducing Baby Malti to the world of fashion.

The actress and style star shared a new pic of her quality time with her young daughter on her Instagram story. In the pic, Chopra, who is wearing a black pajama set printed with roses, smiles as the camera as she angles it toward the newborn sitting in her lap. Malti looks adorable in a green sweater as she looks down at a magazine flipped open to a Chanel ad and touches the page.

The Quantico star tagged her husband Nick Jonas in the pic and wrote, “Oh boy!” in response to her daughter’s expensive taste.

Chopra has been sharing more glimpses of her and Jonas’s newfound life as parents since the two welcomed their daughter via surrogate this past January, making sure to protect their child’s privacy by hiding her face in photos.

Last month, the star shared a sweet photo of the family of three. The pic shows Chopra, who wears a mint green set with a black-and-white geometric pattern, lying on a rug while holding her baby on her chest. Malti, clad in a white baby onesie, reaches for her mother’s face as proud dad Nick Jonas looks on, lying on his side as he observes the mother-daughter duo playing.

The couple previously opened up about taking on parenthood while sticking by each other’s side. Jonas told People that Chopra “was a rock the whole time and continues to be. I’m grateful to have a teammate in Pri.” Chopra reciprocated the sentiment, sharing that she has watched him “create music, write scripts, launch businesses, among many other things, all while being so present.” She added, “He’s an incredible son, brother, husband, friend and father. I don’t know how I got so lucky.” 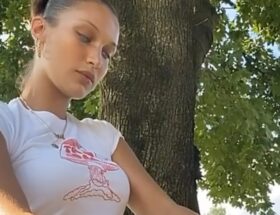 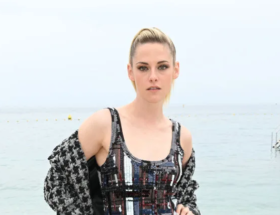