Trevor Noah Is Leaving The Daily Show After 7 Years

“It’s been absolutely amazing, it’s something that I never expected.”

Trevor Noah is leaving The Daily Show after seven years.

The comedian and host made the announcement on his show last night, and shared a clip of the moment on the show’s Twitter account.

“It’s been absolutely amazing, it’s something that I never expected and I found myself thinking throughout the time, everything we’ve gone through … and I realized after seven years my time is up,” he said to a surprised audience.

Noah took over The Daily Show after Jon Stewart’s exit in 2015, and, he said, “So many people didn’t believe in us. It was a crazy bet to make.” Still, the South Africa-born funnyman carried the show through the controversial Donald Trump presidency, the COVID-19 pandemic, the start of the Ukraine-Russia war, and so much more.

“I’ve loved trying to figure out how to make people laugh even when the stories are particularly shitty on the worst days,” he said. “We’ve laughed together, we’ve cried together.”

As he said his farewell, Noah said he is filled with gratitude for the “wild” journey he’s been on with the show. And moving forward, he said he wants to travel and explore other aspects of his life and career.

The audience, in turn, gave him a standing ovation. 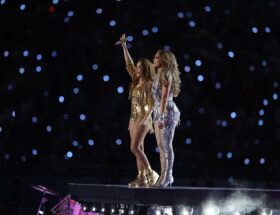 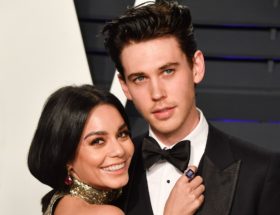 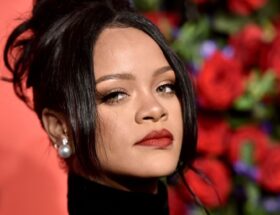