The Brits celebrate Christmas slightly differently than their American counterparts (that’s “Happy Christmas,” to you!) But the royal family has its own fair share of unique traditions.

While Prince Harry, Meghan Markle, and baby Archie have opted to spend this year privately with Meghan’s mother, Doria, most of the Windsor clan will head to Sandringham in Norfolk (more on the later) for the holidays. This December, that’s said to include the entire Cambridge family: Prince William, Kate Middleton, and their children, Prince George, Princess Charlotte, and Prince Louis.

Generally, a royal Christmas features a mix of formal events and cozy gatherings—with a jam-packed schedule unfolding over the course of two days.

The royal family spends Christmas at Sandringham House in Norfolk. The Queen and Prince Philip typically make this annual trip by public train. The pair leaves London a few days before the holiday, and usually stay at the residence through early February. The estate itself is a Jacobethan manor, which sits on 20,000 acres of land.

The extended clan typically descends on Sandringham on Christmas Eve day. Orders of business include an afternoon tea. The family will also exchange gifts on the 24th—as opposed to Christmas morning. (But the tokens are usually of the humorous variety, rather than a new set of crown jewels.) At night, there is a black-tie sit-down meal.

The royal family attends two church services on Christmas morning. The first is a private family service at Church of St. Mary Magdalene. The second is a more formal public service, which begins 11:00 a.m. Everyone, other than the Queen, walks to church together, as crowds gather to watch. It’s rumored that, this year, Prince George and Princess Charlotte will make their first “Christmas Walk” from Sandringham to St. Mary Magdalene.

After church, it’s time for lunch back at Sandringham in the Red Drawing Room (where a turkey meal is tradition). The Queen’s annual Christmas address to the nation airs at 3:00 p.m., and the whole family gathers to watch. (Her speech, however, is typically recorded beforehand.) Afterward, it’s time for puzzles and exercise around the grounds, followed by family movie night in the ballroom. Maybe this year, though, they’ll change things up and binge-watch The Crown? Here’s hoping. 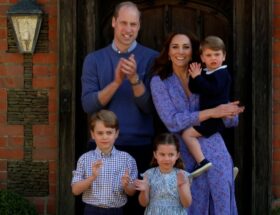 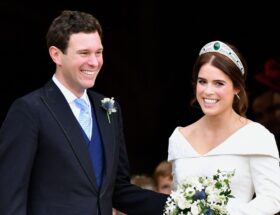 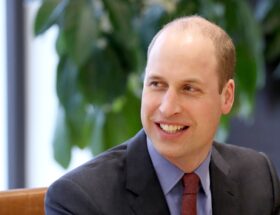