Margarita Annabe was introduced to Ilya Goncharov by a friend in Moscow. The two dated for two years before becoming engaged at Burning Man. “It was the first sunrise,” Margarita remembers. “Ilya picked a spot near the now famous sculpture ‘In Every Lifetime I Will Find You’ and asked me to marry him.”

Ever since she was little, Margarita—who now runs the influencer marketing agency Dazl Media—had dreamed of having a wedding in Italy. “Once we decided to get married, I started looking for a venue that would help me create that quintessential Italian festive spirit,” she says. Tuscany and the Amalfi Coast were naturally on the list, but Como, with its dazzling lake and dramatic mountains, won her heart over in the end. “Everything about Villa Balbiano was right—the vistas, the gardens, the size, but it wasn’t available for the weekend that we wanted.” They were hoping to include the summer solstice in their celebrations. Then, suddenly everything fell into place, and three months before their wedding date, the villa became available. The couple jumped at the opportunity.

“We wanted more than just a wedding,” Margarita says. “We wanted to bring our friends from across the globe to celebrate love and to make them even closer. After all, these are the people that we will be living our lives with! Having serendipitous initials [‘IM’], we created a tagline for the weekend. ‘IM IN LOVE’ became the common theme for the three days of celebrations.” To imbue this feeling throughout the weekend, the couple worked with Design Anarchy by Chic Weddings in Italy.

It all kicked off with the couple showing love for their home country with a Midsummer Night welcome event at Villa Gastel in Cernobbio. “We celebrated our Russian heritage with a feast of Ivan Kupala—the ancient Slavic rite of purification and love, something that we felt was so right for the eve before our wedding,” Margarita explains. “According to the old Russian tradition, on the summer solstice people stage flamboyant celebrations centered on purification, fertility, and joy, which felt fitting.” The summer solstice event was filled with eclectic performances by Nuart Theater actors and actresses, traditional games, molecular cuisine by Bibendum, the Russian tradition of jumping over the fire, and the couple’s favorite DJs. “Burning Man costumes with a Russian twist put our guests in the mood to celebrate,” Margarita says. The bride and groom were both dressed in costumes with Russian patterns, while still embodying the flamboyant self-expression of Burning Man. For jewelry, Margarita chose earrings that she’d actually worn on the playa the year before. For her second look of the evening, she wore a sequined Temperley London dress.

The next evening was the wedding. Ilya, embracing a flair for the dramatic, arrived at the ceremony in a hydroplane with with his best man, Vivake. Meanwhile, Margarita made her own grand entrance with her stepfather Michael on a traditional “Lucia” row boat that had been lavishly decorated with blooms by floral designer extraordinaire Vincenzo D’Ascanio. The dress code called for black tie or formal national attire, and guests from over 20 different countries gathered in kilts, qipao, a bisht, and other traditional garb.

Just before the ceremony, the bride emerged from the row boat in a classic lace Monique Lhuillier dress. “Once I tried it I knew straight away that this is the dress I’d always dreamed about,” she says. “Long sleeves and open back were always my priority when thinking about the perfect dress—and of course lace.” Ilya wore a classic midnight blue Tom Ford tuxedo. The ceremony’s two focal points were a giant floral arch and Ilya’s wedding day surprise for Margarita: a replica sculpture of Michael Benisty’s “In Every Lifetime I Will Find You” that he had had commissioned—a reminder of the special spot where he’d proposed. “The service was very beautiful and at the same time a nerve-wracking experience for both of us,” Margarita says. “To tell the most important promise of our life to each other in front of everyone in such a stunning setting made our voices tremble and eyes wet.”

After the ceremony, Margarita changed into a silk suit by Elizabeth Fillmore that was easier to move in for the first dance. Then dinner was served, and Ilya gave a touching toast. At the end of the meal, the San Giovanni fireworks served as a spectacular backdrop as the couple cut the cake. “The fireworks were just by the villa and some of our guests thought that the 30-minute show was a part of the wedding,” Margarita notes. “We danced all night to music by of our favorite DJ and friend Max Lemurian. At the very end, the setting of the lake, the moon, the mountains, and the gardens of Balbiano reflecting in the sculpture that Ilya gave me could not be any more beautiful.”

The third and final night of celebrations was appropriately themed “I’m in love with Italy.” “Italy is our favorite country, and we have so much connected with it,” Margarita says. “We felt that a Dolce Vita-style party by the pool of Villa Balbiano and against the sunny backdrop of the lake and the mountains would round out the celebrations well.” Guests wore colorful Italian summer clothes—think linens, floral dresses, and lots of hats—and enjoyed the chilled atmosphere and food from the couple’s favorite restaurant in Como, Momi. Chef Momi himself even cooked up freshly caught lake fish. Guests then wrote well wishes on a getaway car that had been arranged by Ilya as yet another surprise for the bride, and at the end of the party, the newlyweds had a phenomenal send-off that made for the perfect photo op. 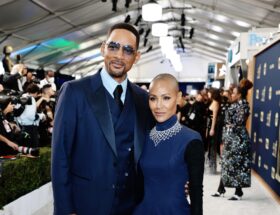 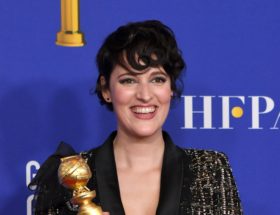