And you can still shop both of her outfits.

If you’ve been ready for the weekend since Monday, then you’re going to relate super hard to Kylie Jenner’s latest post.

Sharing a video of herself walking towards the car on her driveway, Jenner’s caption celebrated the fact that Friday night had finally arrived.

The world’s youngest self-made billionaire opted for a striking, turquoise, crushed-velvet minidress by Balenciaga, that you can miraculously still shop. She accessorized the tiny dress with a pair of perspex heels, which were probably her favored Yeezys:

Before she got dressed in Balenciaga, the lip kit queen took to Instagram to share a photo of herself in a tiny slip dress, modeling a pair of Adidas sneakers. The neon look is the Amur Mini Dress in Sunglow Yellow by AIELLO which retails for $175. She captioned the look, “Fresh Pair 🤑 i love the new #SUPERCOURT @adidasOriginals #createdwithadidas #adidas_Ambassador“:

Back in March 2019, Jenner opened up to The New York Times about the “self-made billionaire” label she’s been given. She explained, “I can’t say I’ve done it by myself.” She continued, “If they’re just talking finances, technically, yes, I don’t have any inherited money. But I have had a lot of help and a huge platform.” 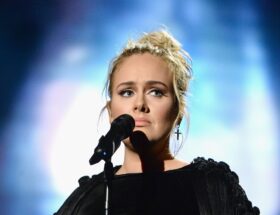 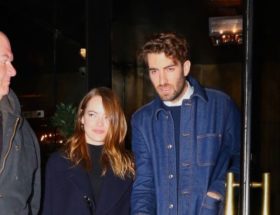 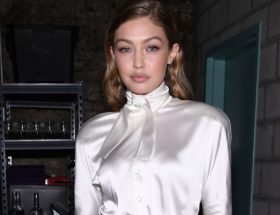