Gigi and Bella Hadid Chugging Wine Together Is a Real Mood

Gigi and Bella Hadid are currently in Florence, Italy for work, but that hasn’t stopped them from enjoying the scenery, and the wine.

The Hadid sisters hit the CR Runway x LUISAVIAROMA 90th Anniversary Show at the Piazzale Michelangelo in Florence on June 13. The star-studded event marked a new venture for Carine Roitfeld, and featured a slew of A-list models such as Irina Shayk, Joan Smalls, Stella Maxwell, and the Hadids. The show was an opportunity for Roitfeld to celebrate her favorite Fall/Winter 2019 pieces.

But before they hit the runway, Bella and Gigi grabbed dinner in Florence, and were photographed chugging wine. It’s probably the most relatable thing the sisters have ever done:

The sisters wore matching white outfits as they stopped for dinner and wine, and Gigi donned a pair of Adornmonde Fortune Gold Earrings.

Bella rocked a vintage Thierry Mugler look on the runway, which included an impressive pair of skin-tight, black latex boots:

But it’s hard to deny that Bella and Gigi’s evening out stole the show, especially as we all wish we were in Italy drinking wine right about now. Time to book some flights. 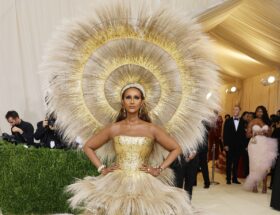 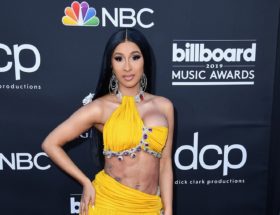 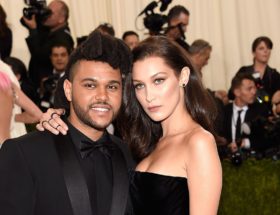