At this point, is there any celebrity you’d rather befriend than Sophie Turner? From her impressive jumbotron wine chugging to her hilarious Game of Thrones recaps on Instagram, to her Vegas wedding, the Queen of the North knows how to have a good time. Oh yeah, and reports just came in: her bachelorette party is taking over Europe.

According to E! News (and some Instagrams from her bridal party), Turner and her friends have been spotted celebrating in London; Benidorm, Spain; Berlin, and Prague. It’s said that the actress will wed Joe Jonas in France sometime this summer.

“Sophie flew to Spain four days ago on a private jet with her closest girlfriends,” a source told the outlet. “[She] rented out a luxurious penthouse suite at the hotel. Half of the girls are in her wedding party but they are all very close girlfriends of Sophie. Sophie has always been a huge fan of Spain and she knew that it would be a fun place to party and celebrate her upcoming wedding.”

What else have they been up to? There was a stop at the Jonas Brothers concert in London, as well as a sunbathing session at the Soho House Berlin. And of course, dancing the night away—”the girls have been hitting up nightclubs,” said the source. Now, apparently, the group has headed to sight-see in Prague.

They also have quite the festive dress code: it’s said that Turner has been wearing a bride-to-be sash, and on social media it appears guests are donning colorful wigs.

Integral to the planning process was Maisie Williams, who revealed last year that she was one of her co-star’s bridesmaids. But Turner is reportedly, and generously, covering the affair: “Maisie helped coordinate a lot of the trip but everything was taken care of by Sophie. She wanted her friends to have a lot fun and wanted it to be a huge party weekend,” the source added.

So, yes, it seems Turner is treating girlfriends to a multi-country European sojourn. Which brings us goes back to our original point: is there any celebrity you’d rather befriend than Sophie Turner? 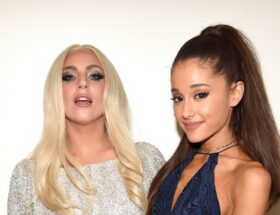 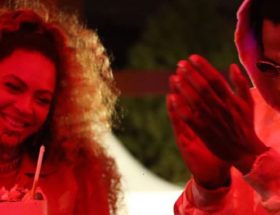 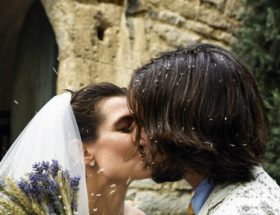