A romantic tribute to his wife, perhaps?

Joe Jonas is the proud curator of an ever expanding gallery of tattoos, and he added a new design to his collection this week. Tattoo artist Noah Lee, known as NAL, posted a photo of Jonas Tuesday, as Hollywood Life reports, which Jonas subsequently shared on his own Instagram Story.

Jonas’ new ink, on the back of his neck, is a delicate black-and-white design of a keyhole with a person peeking through; just their eye, jawline, and a fraction of their mouth is visible. And fans quickly began to speculate that it was inspired by his wife, Sophie Turner: “Is that Sophie? Lol that genuinely looks like her,” one commented, while another wrote, “Okay this is the sweetest thing ever.” A third fan theorized, “Pretty cool in general & even better that it’s his wife. Takes things to another meaning. It’s like opening a new world. Stepping through that door to her.”

Alas, before you get too excited about Jonas’ apparent romantic tribute, it looks like his new tattoo might not be Turner-inspired after all. As several commenters on Lee’s post noted, the keyhole design is a recurring motif of Italian artist Piero Fornasetti, and the face inside his lifelong muse, opera singer Lina Cavalieri. It is possible, however, that Jonas tweaked the design to more closely resemble his wife, as some fans suggested: “its Fornasetti’s design with Sophie’s face,” one commented. Regardless, it’s an interesting addition to Jonas’ extensive collection! 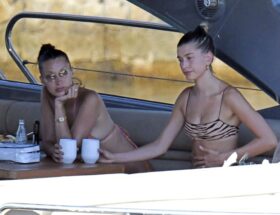 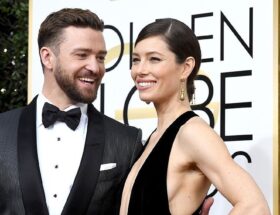