Bella Hadid Walks the Runway in a Sheer Nude Jumpsuit

The model has taken over Paris Fashion Week with her head-turning looks.

The model walked in Stella McCartney’s spring/summer 2023 show this week wearing a sheer nude studded jumpsuit. Her dark hair was styled in soft waves, her eyebrows were bleached, and she looked fresh with a nude lip.

And that wasn’t Hadid’s only look in the show. She also modeled a black vest with low-rise cutout black pants.

Last week, Hadid turned heads when she closed the Coperni show in Paris by having a dress spray-painted onto her naked body on the runway. “There is no singular person more important than the next. Only together can we make magic …. Thank you for all of the love …. I am still speechless!🤍,” she captioned a post on Instagram featuring photos and clips of the moment.

Hadid spoke to i-D magazine in September about growing up with anxiety and her mental health journey. “Growing up, I thought it was normal that I had this chronic anxiety and this disassociation, crying every day and not knowing who I was,” she said. “Whether it was eating disorders or smoking a pack of Marlboros since the age of fourteen, I’m like, ‘Oh, this is what all of the kids are doing.’ I realized that maybe that was me trying to figure out why I felt that way. And in reality, all I needed was therapy.”

She added that it hasn’t been easy being in the fashion industry with her mental health struggles, but after publicly speaking about how she’s been feeling on social media, things have gotten better. She credited models Karen Elson and Carolyn Murphy in particular for really looking out for her.

“They always kept me in check,” she said. “Karen’s always been very, very vocal about mental health and being able to understand body image. She was one of the first people who was really helpful for me in [understanding] that I wasn’t the only one that felt that way.”

Now, Hadid is feeling more confident in herself and sharing who she really is with the world. “People can make up stories about me; they can form whatever version of me they want in their head,” she said. “But I think the truth and the light always ends up coming out. My truth, who I really am, and what I stand for, is going to be seen.” 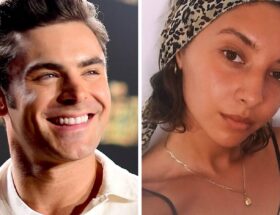 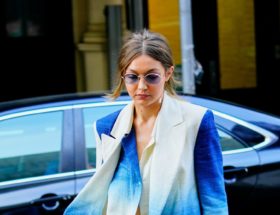 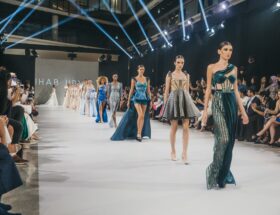