Angelina Jolie and Salma Hayek Team Up for Without Blood

Jolie will direct and write the film based on Alessandro Baricco’s best-selling novel.

Angelina Jolie and Salma Hayek are collaborating on a new film.

That the Maleficent actor and filmmaker will direct, produce, and write Without Blood, a film adaptation of Alessandro Baricco’s novel of the same name. The Frida actor will star, alongside The Hateful Eight actor Demián Bichir, making this Jolie and Hayek’s first collaboration since they became fast friends while starring in Marvel’s Eternals.

Per Variety, the film takes place “in the aftermath of an unidentified conflict” and explores “universal truths about war, trauma, memory and healing.” Filming has begun in Rome and the Puglia (Apulia) and Basilicata regions of southern Italy.

Jolie told the outlet, “I’m honored to be here in Italy to bring this very special material to film, and to have been entrusted by Alessandro Baricco with the adaptation of his book — with its unique poetry and emotion and way of looking at war, and the questions it poses about what we search for after trauma or loss or injustice.”

The House of Gucci actor also shared the news on Instagram, writing in the post, “It’s a dream come true to be directed by @AngelinaJolie. I have been a fan of her work as a filmmaker for many years. As if that wasn’t enough, I have the pleasure to work with two great friends, Angelina and @demianbichiroficial!”

The movie will be the Girl, Interrupted actor’s first big-screen directorial project since 2017’s First They Killed My Father, as well as the first film in her three-picture deal with the British production company Freemantle.

In an Entertainment Weekly interview last year, the star candidly spoke on why she had not taken a directing job since her 2017 film.

“I love directing, but I had a change in my family situation that’s not made it possible for me to direct for a few years,” Jolie said. “I needed to just do shorter jobs and be home more, so I kind of went back to doing a few acting jobs. That’s really the truth of it.” 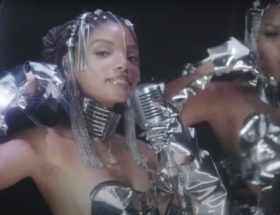 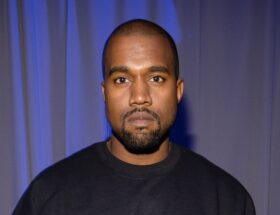 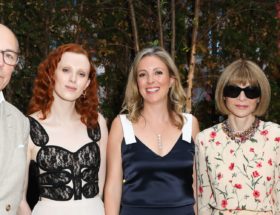