Who’s Performing at the 2022 Oscars? Your Guide to the Night’s Events

0
Home NEWS Who’s Performing at the 2022 Oscars? Your Guide to the Night’s Events

After last year’s hostless Academy Awards ceremony—a situation that befuddles me every time (give us Billy Crystal back! We’ve earned it!)—things will look rather different at the 2022 Oscars on Sunday, March 27, with not one, not two, but three hosts helming the mic and a slew of presenters joining them to hand out awards. Below, get all the details on the famous faces due to appear at this year’s Oscars:

Amy Schumer, Regina Hall, and Wanda Sykes will co-host the ceremony, so we’re guaranteed to be in for some laughs.

On March 18, Oscars producers Will Packer and Shayla Cowan announced that an “all-star band” including Travis Barker, Sheila E., pianist Robert Glasper, and the evening’s music director, Adam Blackstone, would be on hand during the broadcast, as would DJ D-Nice. A few days later, the Academy revealed additional performers, covering four of the five best-song nominees: Beyoncé will sing “Be Alive” from King Richard; Sebastián Yatra will sing “Dos Oruguitas” from Encanto; Reba McEntire will sing “Somehow You Do” from Four Good Days; and Billie Eilish will sing her James Bond anthem, “No Time to Die,” with Finneas.

What celebrities have been confirmed to help hand out awards? 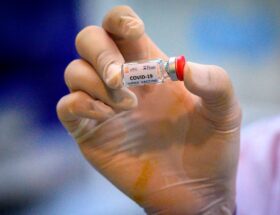 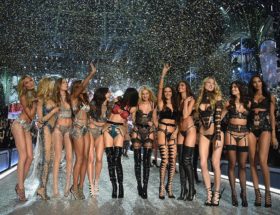 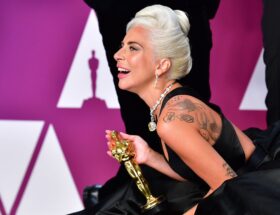