Balenciaga Is Partnering with Yeezy Gap on a New Creative Exploration

Here’s everything you need to know so far of the Demna and Ye partnership .

Kanye West, who now goes by Ye, loves an elaborate rollout. From extensive paparazzi shoots, look books and campaigns, to fashion shows in far off venues, the rapper-turned-designer is not into doing things subtly. So when he, along with his estranged wife, Kim Kardashian, started almost exclusively wearing luxury brand Balenciaga, rumors started swirling about a possible collaboration. Now, surprising no one, the storied Parisian brand has announced that it will, in fact, be teaming up with Ye and iconic American retailer Gap for a first-of-its-kind launch, dubbed Yeezy Gap Engineered by Balenciaga.

Balenciaga’s creative director, Demna Gvasalia, now known as just Demna, is a visionary in the industry. The Georgian designer was one of the first to explore the realm of augmented reality, for the brand’s fall/winter 2021 show, giving out Oculus headsets for 330 guests to enjoy the virtual event from wherever they were. In an effort to bring this level of innovation to the masses, Ye and the Gap have tapped Demna to create a design-focused collection of utilitarian pieces.

The news comes just weeks after the latest Yeezy Gap drop, which featured the black version of the Cloud puffer jacket Ye has been seen wearing for months now. Past releases from the brand collaboration also include the coat in blue, as well as a range of substantial hoodies perfect for layering.

Fans of both brands may have to wait a bit to get their hands on a piece from the new Yeezy Gap Engineered by Balenciaga venture, the line is set to be released globally later this year online at yeezygap.com. Just beware, it may drop some time in the middle of the night. 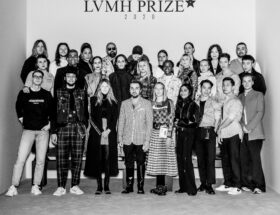 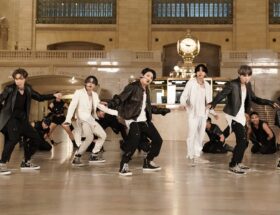 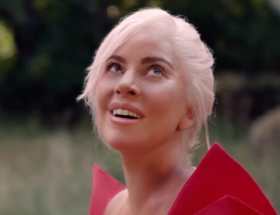