Salma Hayek Receives a Star on the Hollywood Walk of Fame

The House of Gucci actor has been cemented in Hollywood history.

Salma Hayek has earned one of Hollywood’s biggest honors.

The Academy Award-nominated actor received a star on the Hollywood Walk of Fame Friday night. For her induction ceremony outside of the TCL Chinese Theatre, the star wore an all-black Alexander McQueen look, comprised of a knee-length dress with a full skirt and a bejeweled bodice paired with a matching cropped jacket.

She was accompanied by her husband, Francois-Henri Pinault, and her daughter Valentina Paloma Pinault, 14, who coordinated with her mom in a black fur slip dress and blazer.

Hayek also posed with Eternals director Chloe Zhao, who honored her before her acceptance speech, as did comedian Adam Sandler.

In her speech, the House of Gucci actor called the event “healing,” before recalling a dangerous encounter early in her time in the U.S., when a man catcalled her and pulled a knife on her and a group of friends on Hollywood Blvd.

“Every time I thought about Hollywood Boulevard, this is what I remember. And the truth is that when I went home that night, I thought, ‘What am I doing here? Nobody wants me. I almost got killed today,'” she said. She went on to mention several other times where strangers were racist towards her, continuing, “I said, ‘Nobody wants me here. They want me in my country.’ But I stayed.”

“If you ask yourself what gave me the courage to stay, I say it was you,” she said, addressing her fans, “because although they didn’t know me, here in Hollywood, the studios, all the Latins that are in the United States knew who I was. They understood that I came here with dreams like they did.”

She also had encouraging words for the crowd at the ceremony.

“Find something to love, because the one thing that I stayed for was for the love of cinema,” she said. “If you think you aren’t good at it like I did, make yourself good at it. It doesn’t have to be the movies. Be your best at everything you do.”

“Try to be better. Try to find the joy in what you do,” she continued. “Work hard. Prepare. Don’t care what anybody says. But most importantly, don’t listen to yourself when you bring yourself down.” 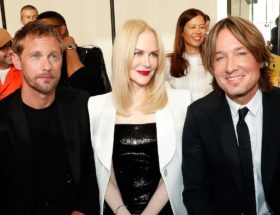 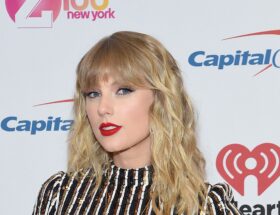