Are There Any Celebrities Who Aren’t in Rihanna’s Savage x Fenty Runway Show?

0
Home FASHION Are There Any Celebrities Who Aren’t in Rihanna’s Savage x Fenty Runway Show?

An exclusive look at the star-studded cast, this way.

Rihanna is ready to revolutionize the runway all over again.

On September 24, the third edition of the pop star and business mogul’s Savage x Fenty show is set to premiere on Amazon Prime Video. When the first one premiered in 2018, it was immediately clear that Rihanna had reinvented the lingerie fashion presentation. Rather than merely sending models down a catwalk, her show incorporated virtuosic choreography, live music, and adventurous set design, creating a full sensory experience for her Savage x Fenty brand. Above all else, her inclusive approach to casting was unmissable.

According to an official press release, the upcoming Savage x Fenty collection and runway show are meant to evoke total “baddie energy” with pieces incorporating “strong lines that trace contours of the body and unconventional silhouettes that push the boundaries of individuality to bring out the baddie in everybody.” 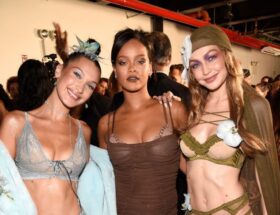 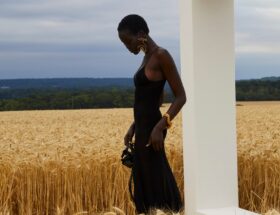