Princess Eugenie Reveals Her Son’s Unique Name, Along with an Adorable Family Photo

Her baby boy’s name pays tribute to her grandfather.

Earlier this month, Princess Eugenie announced the birth of her first child with husband Jack Brooksbank. Now, the happy couple has shared an adorable family photo, and revealed their son’s full name.

“We wanted to introduce you to August Philip Hawke Brooksbank.. 💙💙💙⁣,” Princess Eugenie shared on Instagram. “Thank you for so many wonderful messages. Our hearts are full of love for this little human, words can’t express. We are excited to be able to share these photos with you.⁣”
⁣
She continued, “📸 By our wonderful midwife. Thank you to the wonderful essential workers including our midwife who came to discharge our boy.”

In an Instagram Story, Princess Eugenie also revealed the importance of choosing Philip as a middle name for her son. “On his grandfather’s birthday weekend, thinking of my grandfather, we are introducing our little boy.” She continued, “He is named after his great grandfather and both of his great x5 grandfathers.”

Following baby August’s birth, Buckingham Palace released a statement which said, “The Queen, The Duke of Edinburgh, The Duke of York, Sarah, Duchess of York, and Mr and Mrs George Brooksbank have been informed and are delighted with the news.”

August Philip Hawke Brooksbank is the first grandchild of Eugenie’s parents, the Duke and Duchess of York, and the ninth great-grandchild of Queen Elizabeth II and Prince Philip.

On February 9, Princess Eugenie and her husband announced the birth of their son on Instagram by sharing a sweet black-and-white photo of the baby’s hand. 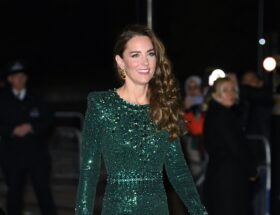 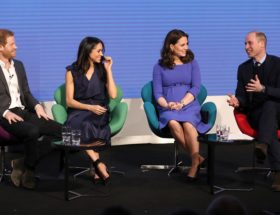 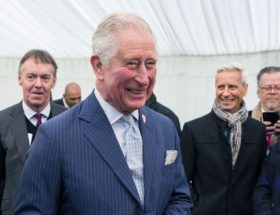