The late actor is being recognized for performances in Ma Rainey’s Black Bottom and Da 5 Bloods.

The late actor is nominated for a record-breaking four Screen Actors Guild Awards this year, landing in the male lead actor category for his role in Ma Rainey’s Black Bottom, the male supporting actor category for Spike Lee’s Da 5 Bloods, and the ensemble category for both films. The news comes months after Boseman passed away in August 2020 at age 43 following a private battle with colon cancer.

The Black Panther star is in the company of some big names in both categories. For the lead actor race, he’s up against Riz Ahmed (Sound of Metal), Anthony Hopkins (The Father), Gary Oldman (Mank), and Steven Yeun (Minari). And other supporting actors nominated are Sacha Baron Cohen (The Trial of the Chicago 7), Daniel Kaluuya (Judas and the Black Messiah), Jared Leto (The Little Things), and Leslie Odom, Jr. (One Night in Miami).

Boseman has been collecting posthumous award nominations—and so far, a few wins—for his final two films. Just yesterday, he was nominated for Best Actor in a Drama for the Golden Globes. He received both lead and supporting actor nominations for the NAACP Image Awards too. He was also a Best Actor nominee for the IFP Gotham Awards and received the Actor Tribute Award, which his wife, Simone Ledward, accepted on his behalf.

“As an artist, an actor and a person, Chad made a practice of telling the truth. He is the most honest person I’ve ever met,” she tearfully said in a recorded speech. “Because he didn’t just stop at speaking the truth, he actively searched for it—in himself, in those around him and in the moment.” 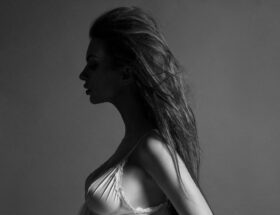 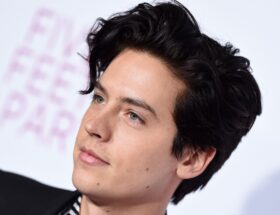