Cardi B Has Filed for Divorce from Offset

0
Home CELEBRITIES Cardi B Has Filed for Divorce from Offset

The pair were married for three years and share a daughter together.

Cardi B and Offset’s whirlwind romance has come to an end.

Per People, Cardi filed for divorce at a courthouse in Atlanta, where she lives with her husband and their two-year-old daughter, Kulture Kiari Cephus. A hearing for their divorce is set for November 4 at 10 a.m. ET. Neither Cardi B nor Offset has yet to publicly acknowledge or comment on the news.

The pair originally tied the knot in a secret ceremony in Atlanta on September 20, 2017, but Cardi didn’t confirm the news until nearly a year later after she was already pregnant with their daughter. The pair previously split while married, but quickly reunited following Offset crashing a concert of Cardi’s and begging for her to take him back.

The “WAP” rapper has been vocal in the past about her marital struggles with the Migos rapper, specifically surrounding issues of infidelity within their relationship and why she decided to stand by her husband amid the rumors in recent years.

“I know I look good, I know I’m rich, I know I’m talented. I know I could get any man I want—any basketball player, football player, but I want to work out my s— with my man, and I don’t got to explain why,” Cardi told Cosmopolitan in 2018. “I’m not your property. This is my life … I’m going to take my time, and I’m going to decide on my decision.” 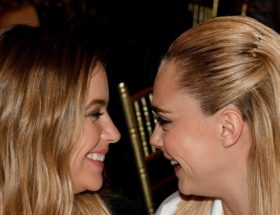 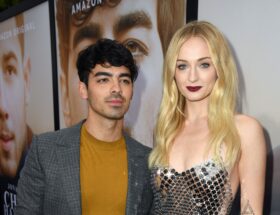