The pop star will be a first-time voter in this year’s election.

Billie Eilish reminded viewers at the Democratic National Convention that young citizens are voting with their futures in mind in this year’s election. The Grammy-winning singer performed at night three of the 2020 convention, aptly choosing to sing her silky new hit, “My Future” for her virtual set. Despite being virtually filmed, though, green-and-black-haired Eilish packed on the production value with dramatic lighting and fog machines as she took the stage with her brother, Finneas O’Connell.

Before you ask, yes—Eilish, who turned 18 in December, is of legal voting age. She’ll be hitting the polls (or mailing in her ballot) for the first in the 2020 election. Still, she came for Trump, supported Joe Biden, and urged viewers to vote before taking the mic.

“You don’t need me to tell you things are a mess,” she said. “Donald Trump is destroying our country and everything we care about. We need leaders that will solve problems like climate change and Covid, not deny them.”

She added,”Silence is not an option and we cannot sit this one out. We all have to vote like our lives and the world depend on it, because they do.” 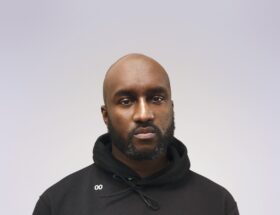