James Bond Is Headed Back to Netflix

0
Home CINEMA James Bond Is Headed Back to Netflix

Get caught up on Daniel Craig’s 007 tenure, along with five other great movies debuting on Netflix in August 2020.

Is your Netflix queue finally empty? Exhausted all 15 seasons of NCIS available? Wow. You’re in need of some solid recommendations, and fortunately because of the churn of the Netflix world, there is a whole new crop of shows and films coming to the platform as we move into the hottest month of the summer. While NCIS is fine and well, the line up coming in is better than we’ve seen on Netflix in a while. No Time to Die is currently postponed until late November, but that just means you have time to catch up on the Daniel Craig canon before taking in what is rumored to be his last venture.

If that doesn’t interest you (shame!), then perhaps you’d enjoy a dip into the Oceans franchise? The original Jurassic Park trilogy has also returned to Netflix, along with some truly perfect ’90s kid classics. All of this is to say that you have your pick here. Summer is canceled. Stay in and watch movies.

There may be some debate over which film is the best, but Casino Royale is at the top of most lists. Daniel Craig as Bond goes after Le Chiffre, a villain who finances terrorist organizations and pursues love interest Vesper Lynd, played by the beautiful Eva Green.

Another Bond, since  one is never enough. After the death of Vesper Lynd (spoiler!), Craig seeks revenge and begins a hunt for whomever blackmailed her. He’s led to businessman Dominic Greene, and of course it turns out he’s up to much worse than just coercing Bond’s lover.

Somehow Jake Gyllenhaal is still charming, even when he’s playing an off-kilter character with manic eyes. That dichotomy makes his performance in Nightcrawler as an unhinged that much more impressive. Playing a stringer, flocking to photograph accidents and crime scenes, this thriller is worth the watch for Jake alone.

Netflix knows that sometimes you want all the action of a heist movie without all of the serious, heavy parts. That’s where the Ocean’s movies come in. If you haven’t seen Ocean’s Eleven, you may want to start there, immediately followed by Ocean’s Twelve. The all-star cast will draw you in. The exciting, comedic heist plot will keep you watching.

Death at a Funeral

James Marsden, Zoe Saldana, Peter Dinklage, Chris Rock, Martin Lawrence and more compete to steal the show in this dark comedy about a death in the family and all of the drama that surrounds the memorial. You may have missed it when it was released in 2010, but it’s worth a watch now that it’s available to stream.

Everyone has heard of Jurassic Park. We all know the gist, but a lot of us probably haven’t actually watched it in a while. Now is the time to catch up on this 1993 Spielberg classic featuring the beloved Jeff Goldblum and Laura Dern. With all of the chaos going on in the world, a theme park being attacked by its resident dinosaurs seems pretty managable.

It can be hard to find classic movies from decades ago available for free on streaming platforms, but Netflix is finally giving us an invitation to the Addams Family Home. You’ll be able to watch Morticia, Gomez, Pugsley, Wednesday, Lurch and the rest of the family in all of their spooky, comedic glory. 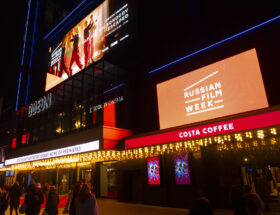 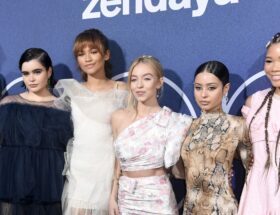