Everything We Know About Disney’s Live-Action Reboot of Mulan

When will it ever come out?

Will Disney’s live-action adaptation of Mulan ever see the light of day? After repeated delays due to coronavirus, the future of the long-awaited remake is uncertain. But, based on glowing early reviews from the movie’s March 2020 Hollywood premiere—just before the world shut down—the wait may eventually be worth it.

For those still anticipating this action-packed iteration of the 1998 animated classic, below are the trailers to watch, the actors to know, and the changes to look out for in the updated epic.

RELEASE HAS BEEN DELAYED INDEFINITELY.

After months of delaying Mulan amid the coronavirus pandemic, Disney has removed the film from its release schedule. It’s unclear at the moment when the film will actually go wide.

“Over the last few months, it’s become clear that nothing can be set in stone when it comes to how we release films during this global health crisis, and today that means pausing our release plans for ‘Mulan’ as we assess how we can most effectively bring this film to audiences around the world,” a spokesperson from the studio said, per Variety.

Mulan‘s release date has been bumped several times, changing from the original launch of March 27, 2020 to July 24 then to to August 21. The full cast began filming in August of 2018 in China and New Zealand, according to THR.

THERE ARE PLENTY OF TRAILERS APPEASE US FOR NOW.

Disney released the first official teaser trailer for Mulan via Twitter on July 7, 2019. The emotional video gives fans a glimpse of the epic film, and the long journey Mulan must go on to become a warrior. Watch the full trailer above.

NIKI CARO IS THE DIRECTOR.

Caro’s resume is beyond impressive, filled with a plethora of acclaimed indie crowd-pleasers, including Whale Rider, North Country, McFarland USAand The Zookeeper’s Wife. Suffice it to say, we can’t wait to see what flare she brings to the live-action Disney adaptation.

CHINESE ACTRESS LIU YIFEI, ALSO KNOWN AS CRYSTAL LIU, HAS BEEN CAST IN THE LEAD ROLE OF HUA MULAN.

The process of casting Mulan took time because the studio and production team were focused on casting an ethnically Chinese actress. Reportedly, the process took a team of casting directors to five continents, where they saw nearly 1,000 candidates before casting Yifei.

Besides being one of China’s most popular actresses and appearing in several hit television dramas, Yifei has also acted in a few English-speaking roles, including 2008’s The Forbidden Kingdom opposite Jackie Chan and Outcast with Nicolas Cage in 2014.

LI SHANG WON’T BE IN THE LIVE-ACTION VERSION OF THE FILM.

Fans of the original 1998 animated film may be disappointed to learn that the character Li Shang, who is Mulan’s commanding officer and love interest in the cartoon, won’t appear in the live-action adaptation of the film.

The Li Shang-shaped hole in the live-action film will be filled by two different characters: Commander Tung (Donnie Yen) and army recruit Chen Honghui (Yoson An). Producer Jason Reed explained, “I think particularly in the time of the #MeToo movement, having a commanding officer that is also the sexual love interest was very uncomfortable and we didn’t think it was appropriate.”

THERE IS, HOWEVER, CHEN HONGHUI.

Substituting Captain Shang for Mulan’s love interest is Chen Honghui, a fellow recruit in the Imperial Army who becomes one of the lead heroine’s trusted allies. The new character will be portrayed by Chinese-New Zealander actor Yoson An.

Ip Man‘s Donnie Yen has just been cast as Commander Tung, described as “a mentor and teacher to Mulan,” according to AV Club. No stranger to Disney, Yen recently appeared in 2016’s Rogue One: A Star Wars Story. Tung’s second-in-command, Sergeant Qiang, will be played by Ron Yuan.

The Hollywood Reporter revealed that Gong Li will play the villain of the live-action Mulan, a powerful witch. It’s an interesting departure from the 1998 animated classic, in which the primary antagonist was Shan Yu, the leader of the invading Huns. Li has previously starred opposite Jeremy Irons in Chinese Box as well as the films Memoirs of a Geisha, Miami Vice, and Hannibal Rising. Disney later revealed that the actress will portray the character Xianniang, who also shape-shifts into a falcon.

The actor, best known for his roles in ’90s films Dragon: The Bruce Lee Story and The Jungle Book, will portray a big bad named Böri Khan. Although he’s visually reminiscent of Shan Yu, leader of the Huns, from the original animated film, the antagonists in the remake are called Rourans, a group of warriors seeking revenge on the Chinese empire and leading a Northern Invasion.

JET LI WILL PLAY THE EMPEROR OF CHINA.

The Hollywood Reporter confirmed in 2018 that the legendary actor and martial arts star, whose credits include Hero (2002) and Fearless (2006), would portray the emperor of China. The character’s decree to recruit one man from each household for the Imperial Army is what eventually brings Mulan to disguise herself to step in for her feeble father.

MULAN’S FAMILY INCLUDES A STAR FROM THE FAREWELL.

THE LIVE-ACTION VERSION OF MULAN WON’T BE A MUSICAL.

One of the most contentious aspects of this remake has been its musical status. Early reports that the film would not be a musical garnered outrage from fans, prompting the film’s director, Niki Caro, to soften the production’s stance on cutting the animated film’s songs. In April 2017, Caro told The Hollywood Reporter, “We’re still exploring the role that music’s going to play in it, but for sure there will be music.”

By January 2020, however, Caro confirmed that the film won’t be a musical.

“We don’t tend to break into song when we go to war,” she told Buzzfeed. “Not saying anything against the animation because the songs are brilliant and if I could squeeze them in there, I would have.”

Anticipating a negative fan reaction, Caro added, “But we do honor the music from the animation in a very significant way, that’s all I’ll say. Fans of the animated classic will find some really iconic moments in this.”

CHRISTINA AGUILERA HAS RECORDED NEW MUSIC FOR THE FILM’S SOUNDTRACK.

The singer announced the news on Instagram in early March 2020, writing, “Hi Fighters! I have two songs, ‘Loyal Brave True,’ and a new reimagined version of ‘Reflection’ on @Disney’s new live action film @Mulan, out March 27th! #Mulan and #Reflection have been such a special part of my life and this film is a beautiful continuation of this legacy.”

“The film Mulan and the song ‘Reflection’ coincided with getting me my first record deal. It’s amazing to come back to such an incredible movie that’s full of power and meaning, and that meaning holds the test of time: staying true to yourself, being who you are, and teaching how to be fearless,” Aguilera said in a statement. “My new song, ‘Loyal Brave True,’ represents the fine balance between vulnerability and strength.”

Listen to “Loyal Brave True” below:

MUSHU WON’T APPEAR IN THE LIVE-ACTION VERSION OF MULAN.

During her interview with Buzzfeed, Caro also confirmed ongoing speculation that Mulan’s dragon sidekick, Mushu, won’t appear in the new film. “Not really. I think we can all appreciate that Mushu is irreplaceable, and the animated classic stands on its own in that regard,” she said. 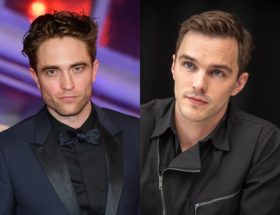 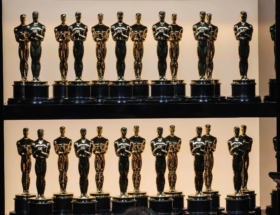 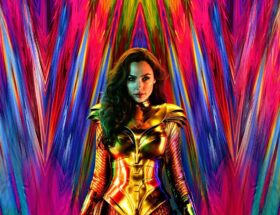