The Paris Haute Couture Shows Will Go Digital This July

Paris’s haute couture Fashion Week will go digital this July, translating the craftsmanship of couture to a virtual format for the first time. From July 6 to 8, the Fédération de la Haute Couture et de la Mode will host videos from accredited couture maisons on a dedicated platform. The videos will be accompanied by additional content and roll out on a schedule, mimicking the flow of a physical Fashion Week.

The haute couture designation is a government-mandated certification for French maisons, one that is overseen by the Chambre Syndicale de la Haute Couture and dictated by rules around hours of handicraft, types of embellishment, and creativity. The Chambre Syndicale has 16 French brand members that are legally allowed to participate in the couture week, including Chanel, Christian Dior, Jean Paul Gaultier, Maison Margiela, Schiaparelli, and Givenchy. A separate designation, correspondent member, is given to seven international labels that produce garments on a couture scale: Armani Privé, Azzedine Alaïa, Elie Saab, Fendi Couture, Valentino, Versace, and Viktor & Rolf. Eighteen guest members from around the world are also granted the couture nomenclature, including Iris van Herpen, Guo Pei, Ronald van der Kemp, and Julie de Libran. All 41 of these couture-grade maisons are able to participate in the digital couture week, though some have already opted out. Giorgio Armani announced that his Armani Privé collection will be shown in January. Jean Paul Gaultier, who handed over the reins of his couture business to Sacai’s Chitose Abe for the first in a series of guest-designer collections, announced that his show would also be put on hold until January. Givenchy is currently without a creative director, meaning its couture production is likely on hold, and Balenciaga, which was set to debut a couture collection under Demna Gvasalia, has also postponed its collection.

But for the participating brands, the three days of online couture shows provide a new opportunity to translate the spectacle of France’s most elite form of fashion design to the world. It will precede Paris’s menswear week (July 9 to 13) and Milano Fashion Week Digital (July 14 to 17). 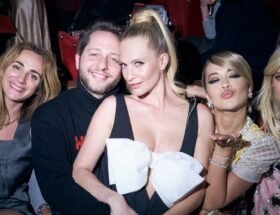 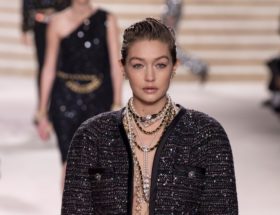 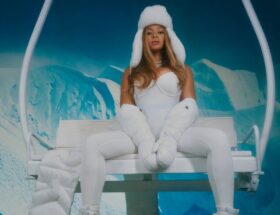