Ryan Reynolds Jokes About Missing His “Secret Family” in Denmark

He is instead quarantining with his “Hollywood family.”

Your quarantine company can make or break your quarantine experience. Being with a particular roommate or family member, stuck together for months under the same roof, is the difference between making weekly loaves of sourdough bread or blasting white noise through your earbuds in pursuit of simulated solitude.

Things are already difficult as is amid a viral pandemic, but actor Ryan Reynolds finds himself in good hands. “I’m quarantined with my family, with Blake and our three daughters, and my mother-in-law as well. It’s the best,” he told Jimmy Fallon in a recent virtual guest appearance on the At Home Edition of The Tonight Show. “It’s one of those things where it’s a split-second decision, right? You’re thinking, Oh, we’re all gonna be quarantined together. But you’re thinking, Oh, this is gonna be a few days. So you gotta be careful. At least I like the people I’m quarantined with. I love them.”

He joked that the decision was split between quarantining with his and Blake’s family, or with another group of people. “It was a toss-up there for a minute,” he said. “Should I quarantine with my publicly facing family or my secret family in Denmark? It was a real toss-up. I miss Luna, Lekhet, and Una very much so.”

“Give my best to Una,” Fallon joked along.

“Una is so sweet,” Reynolds continued, adding that he ultimately, “went with the Hollywood family. And it’s been great. It’s a decision I don’t regret at all.”

Social-distancing hasn’t stopped Lively and Reynolds from contributing to relief efforts amid the ongoing coronavirus pandemic, however. The couple donated $1 million to Feeding America and Food Banks Canada and donated an additional $400,000 to help some of the hardest-hit hospitals in New York. 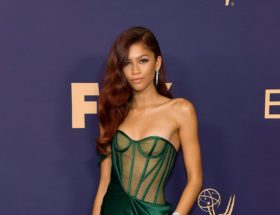 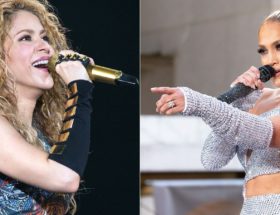 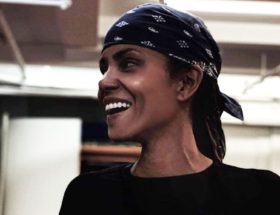