Gigi Hadid is pregnant with her and Zayn Malik’s first child. After much speculation, the supermodel confirmed the news on The Tonight Show Starring Jimmy Fallon. Prior to Thursday evening’s show, an advanced clip was posted to YouTube.

“Congratulations on expecting a baby!” an animated Fallon told Hadid, who video-chatted in from her family’s farm in Pennsylvania. “Thank you so much,” she replied, grinning ear-to-ear. “Obviously we wished we could have announced it on our own terms, but we’re very excited and happy and grateful for everyone’s well wishes.” Fallon went on to call the news “a ray of sunshine” and said that if Hadid and Malik needed anything, to “call Uncle Jimmy.”

The interview comes after TMZ‘s initial breaking report on Tuesday evening. On Thursday, mother Yolanda Hadid confirmed the news to a Dutch media outlet, RTL Boulevard, which was picked up by People: “I’m excited to become a Oma in September especially after I lost my mom so recently. But this is the beauty of life: One soul leaves us and a new one comes in. We feel very blessed.”

Currently, Gigi and Zayn are isolating at the Hadid family farm in Pennsylvania, along with Gigi’s sister, Bella. Recently, the crew celebrated Gigi’s 25th birthday. “Had the sweetest day celebrating my 25th birthday with my quarantine family, who made it so special for me, along with all the love I felt from all over the world,” she wrote on Instagram. “I am so grateful and lucky that my family and friends—near and far—are healthy and safe, and although I missed loved ones I wish I could have celebrated with, know that these times will make us even more grateful for togetherness to be had in the future!” Her photo slideshow included a picture of her embracing Zayn. Later, she followed up with a second post of her, Zayn, and Bella holding “25” balloons.

Hadid and Malik were first linked together in late 2015, after she appeared in his music video for “Pillow Talk.” They walked the Met Gala red carpet together in 2016. On and off throughout the years, the couple visibly reconciled in early 2020. 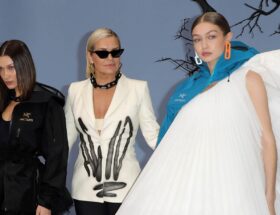 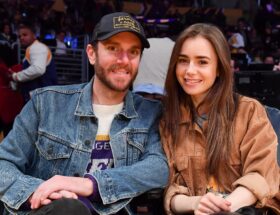 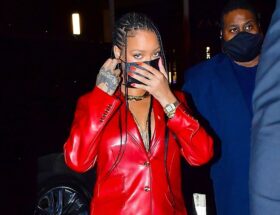