Both Malik and Hadid took to social media to share a first look at their new daughter.

Congratulations are most definitely in order as Gigi Hadid is now a mom! The supermodel gave birth to her first child, a baby girl, with partner Zayn Malik.

Malik, who is notoriously private on social media, confirmed the arrival of the couple’s newborn baby girl on Twitter on Wednesday night alongside a black-and-white photo of his hand intertwined with his daughter’s.

“Our baby girl is here, healthy & beautiful,” wrote Malik to fans. “To try put into words how I am feeling right now would be an impossible task. The love I feel for this tiny human is beyond my understanding. Grateful to know her, proud to call her mine, & thankful for the life we will have together x”

Hadid later shared her own personal snapshot of Malik and their new baby girl on Instagram.

“Our girl joined us earth-side this weekend and she’s already changed our world,” wrote Hadid. “So in love 💕.”

E! News reported that Malik and Gigi were in New York for the final days of her pregnancy, as the model planned to give birth in the city. The couple was also reportedly accompanied by Gigi’s mom, Yolanda Hadid, and sister Bella Hadid.

Ahead of the baby’s birth, Gigi shared a series of stunning pregnancy portraits and revealed that she was “cherishing this time.”

A source previously told TMZ that Gigi and Malik were expecting a baby girl. When news of the pregnancy first broke, another source told Entertainment Tonight, “Gigi and Zayn are expecting their first child together and the couple is very excited!”

The ET source continued, “Gigi has kept the secret close to her family and friends for a while, as she’s only a few months along. Once Gigi and Zayn got back together at the end of last year, it was like they never skipped a beat and knew what they had was special. The couple and their families are overjoyed.”

Congratulations to the new family of three! 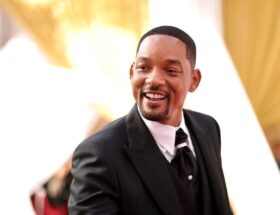 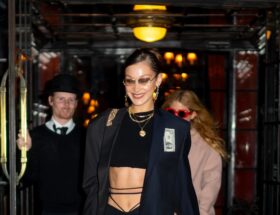 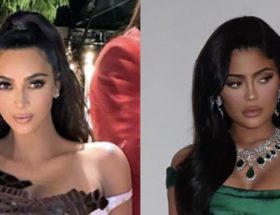