U.K. prime minister Boris Johnson has tested positive for the new coronavirus and is self-isolating at 10 Downing Street, BBC reports. Johnson told the world via Twitter that he had developed mild symptoms, including “a temperature and a persistent cough,” and would “continue to lead the government’s response via videoconference as we fight this virus.”

For the moment, Johnson appears to be working through his illness; meals and work are being left at the door of his office at 11 Downing Street, according to a spokesperson. This diagnosis comes days after Johnson placed Britain under a virtual lockdown on Monday, hoping to slow the spread of COVID-19 by banning all meetings of more than two people and closing all nonessential businesses.

“Be in no doubt that I can continue, thanks to the wizardry of modern technology, to communicate with all my top team to lead the national fight back against coronavirus,” Johnson said in a video accompanying his tweet, encouraging viewers to follow his example in staying at home and self-isolating.

According to the BBC, the prime minister’s fiancée Carrie Symonds, who is several months pregnant, is also self-isolating, although it is not clear if they are together in residence at 10 Downing.

Johnson is believed to be the first world leader to announce publicly that he has tested positive for COVID-19, but he’s by no means the only public figure to do so; more and more highly visible people are being diagnosed with COVID-19, from actors like Tom Hanks and Idris Elba to Prince Charles and politicians like Rand Paul.

The ability of these public figures to receive COVID-19 testing is a reminder that nobody is immune—though it should be noted that the average American still cannot necessarily access a test for the virus, despite the fact that the U.S. now leads the world in confirmed cases. 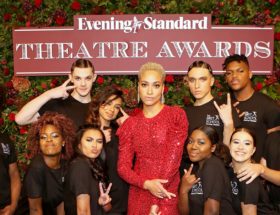 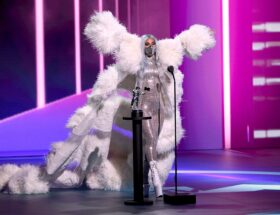