Exposed: The Coronavirus Crisis and the Fashion Industry

0
Home NEWS Exposed: The Coronavirus Crisis and the Fashion Industry

“On any given average day at our biggest flagship in China—which is in Beijing—we typically see between 600 to 800 people walk through the door, of whom around 90 to 120 make a purchase. Last week the most we had in one day was five.”

“No, five people coming in store.”

That is a snapshot précis—and very much off the record—of the state of luxury retail right now amid the growing coronavirus crisis on the ground in China, as delivered by a senior executive at one of Europe’s largest luxury fashion houses. This house’s near-empty stores—as well as the near-empty or closed stores of luxury houses across the region—are a symptom of a much more urgent and significant problem. Since the eventual identification of the 2019-nCoV virus on January 7 in the Chinese port city of Wuhan, more than 20,000 people have tested as positive with the flu-like infection, of whom 427 (at the time of writing) have died—numbers that equate to a fatality rate of 2%.

In this context, the travails of the fashion and luxury industry are beyond trivial: a nothing. However, for those who do happen to look through the world via a fashion-tinted filter, this terrible and frightening health crisis is illustrating just how reliant upon—and exposed to—China the industry has recently become. Back in 2000, the Chinese market was a tiny sliver of the global total, representing only 2% of sales; now, it is the most profitable territory there is. According to a Bain & Company study, 35% of all luxury goods purchases (fashion, watches, and jewelry) in 2019 were either conducted in China or made by Chinese nationals traveling abroad: That’s only 2% less than the U.S. and Europe combined.

This is why so many brands adopted a troublingly passive stance to the Chinese crackdown on Hong Kong’s popular pro-democracy demonstrations in 2019. However, the coronavirus crisis represents a much greater and entirely implacable threat to China’s lucrative segment of the global luxury market. Already, we know that the upcoming fashion weeks in New York, London, Milan, and Paris will be missing many if not most of China’s typically significant buyer, editorial, and influencer representation due to travel restrictions. (Milan’s Camera Nazionale della Moda Italiana will host live-streams for those unable to attend in person.) International luxury houses, especially those with a disproportionate reliance on Chinese sales and those which are at least in part publicly held, are meanwhile on tenterhooks as the footprint of the crisis increases daily.

Speaking last week, the LVMH chairman and CEO, Bernard Arnault, said of the epidemic: “If it’s resolved within the next two, two-and-a-half months, it won’t be terrible. If it lasts for two years, that’s another story.”

To its credit (albeit also in its own self-interest), the luxury sector is trying to be part of the solution. LVMH has already donated $2.3 million to the Chinese Red Cross Foundation and pledged to source medical supplies for China. Similarly, Kering, L’Oréal, and several other fashion groups have made significant contributions to relief organizations, while others are working to fund the global effort to develop an effective inoculation to the coronavirus in the tightest time frame possible.

Metternich’s famous 19th-century observation that “when Paris sneezes, Europe catches a cold” was a reference to the spread of popular democratic revolution. Today his metaphor applies with troubling accuracy to the health of the Chinese people and that of many aspects of the wider world, economy included. And yet a threatened economy is a minor side effect compared to the much more vital, human factor at play here. Only when it is threatened do we fully appreciate that our health is the most valuable luxury of all. 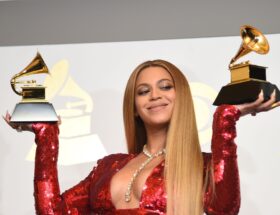 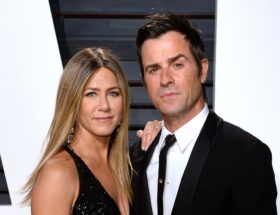