The 8 Most Viral Moments From the 2020 SAG Awards

The 26th annual Screen Actors Guild awards took place in Los Angeles on Sunday, and it was a delight to see Schitt’s Creek‘s Eugene and Dan Levy onstage together at the top of the show (although they were not the hosts, sadly—that honor went to…well, nobody, actually). It was a short night compared to the Golden Globes—two hours, as compared to the Globes’ three—but plenty of action was packed into that time.

From Brad Pitt’s comedy-adjacent acceptance speech (is he really on Tinder?) to his reunion with ex-wife Jennifer Aniston and Robert De Niro’s blistering speech against “abuse of power,” Hollywood’s best acting talent made sure to hold viewers’ attention. Of course, those watching at home didn’t hesitate to comment on Twitter, seizing on the most compelling, nostalgic, and powerful moments.

Take a look at the most viral moments from the 2020 SAG Awards. 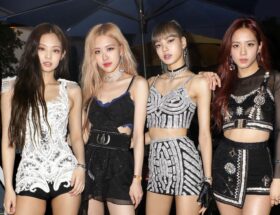