Officially, Judy Turner is a collection of men’s knits, but that hasn’t stopped women from buying it. Designer Conley Averett specializes in butter-soft pullovers and deliciously chunky sweaters in poppy hues and transfixing patterns. Some of Averett’s pieces are simple, like an easy black tank with an exaggerated scoop at the arm for some bold pectoral reveal. Others are bolder: A zip-up knit thickly striped in a Popsicle green is the type of garment that only a man (or woman) with outré flair could sport.

Averett, an Alabama native and a Parsons graduate, has worked on knitwear for Khaite, Brock Collection, and Creatures of the Wind. He launched Judy Turner, which is named for Judy Garland and Lana Turner, a year ago. His interest in vintage celebrities aside, Averett was drawn to knitwear for its democratic qualities. “It’s genderless, without you having to specify that. And it’s malleable and flexible, and different people with different identities can wear it. You can style it in ways that you can’t with woven and stiff cuts.”

Averett’s spring 2020 collection takes its cues from the clichéd tropes of American vacations—hence the picnic blanket patterns—as well as from his beloved Old Hollywood actresses. An Amazon Prime “B-list infomercial-style documentary” on Ava Gardner inspired a silver shirt and shorts set. Averett took a photo of Gardner’s brocade top, scanned it, and used it as the basis for a stitch pattern.

Last season, Averett commissioned photographer Tom Knel to shoot looks on buff men in Brighton Beach, Brooklyn. When he first started to work in knitwear, he was trained by a Russian émigré with a résumé that includes Oscar de la Renta and Ralph Lauren, and he continues working with a community of Brighton Beach–based knitters who hail from the post-Soviet Union. “There’s a whole cottage industry of knitters around Brighton Beach and Sheepshead Bay,” he says. For another series of images, Averett tapped photographer Kuba Ryniewicz to shoot men young and old in Italy. One of them models a V-neck sweater, a contentiously debated piece of menswear if there ever was one, in a semi-sheer hue of mocha. A free-the-nipple opportunity for any gender. 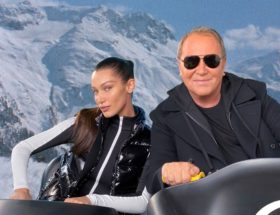 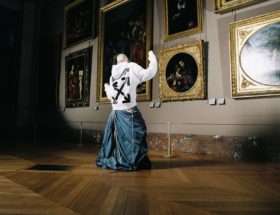 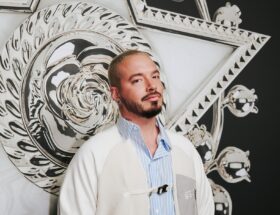