Stormi Got a Giant Diamond Ring for Christmas, How ‘Bout You?

0
Home CELEBRITIES Stormi Got a Giant Diamond Ring for Christmas, How ‘Bout You?

Today in “Baby Stormi’s Life Is Better Than All of Ours,” Kylie Jenner’s daughter was given a casual diamond ring for Christmas. And by that I mean a casually massive diamond ring. Yep, while the rest of us were out here with socks and underwear (thanks, mom!), one-year-old Stormi was decking herself out in jewels—and naturally Kylie captured the moment on Instagram in the name of #content:

Stormi has truly been having the best holiday ever: not only did Kris Jenner show up in her backyard with a giant play house that’s bigger than my entire apartment, Travis Scott surprised her with Poppy from Trolls (note: Trolls is Stormi’s favorite movie, in case that’s not abundantly clear).

And she got to match her mom in a gorgeous green couture Ralph & Russo gown for her family’s annual Christmas Eve party:

Pssst: Kylie and Travis were also spotted chilling at the event, proving that they’re successfully coparenting despite their recent split:

Welp. Never thought I’d be jealous of a one-year-old’s Christmas presents, but here we are. 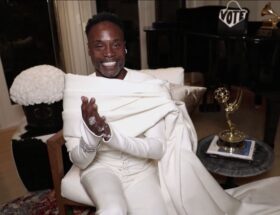 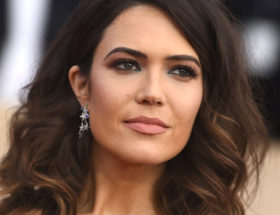 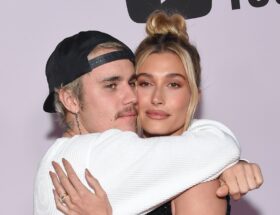