Life After Barneys: How Two Designers Are Making It

0
Home FASHION Life After Barneys: How Two Designers Are Making It

The response to the sale and imminent closure of Barneys New York has been mostly emotional. Designers are sharing memories of their very first Barneys meetings; New Yorkers are reminiscing about their favorite Barneys splurges; and everyone is mourning the loss of New York’s most beautiful, discovery-filled retailer. There are plenty of other department stores (and former Barneys competitors) up and down Fifth Avenue, of course, but the Barneys experience was singular. “To me, it was the mecca of fashion, where you could go and find eight floors of the most relevant designers,” Nili Lotan, one of those designers, tells Vogue. “There’s no store like it in New York, or anywhere in the world. The curation is something you won’t find anywhere else.”

Designers like Lotan are grappling with more immediate issues than where the fashion crowd is going to shop, though. She recently finished production of her Resort 2020 collection, including a very large Barneys order set to deliver in early November (i.e. last week). But when rumors of the retailer’s bankruptcy and potential closure circulated earlier this summer, she began to worry what would happen to all of those clothes if they never made it onto the floor. “I was waiting for everything to be resolved, and was hopeful that Barneys would find a buyer or investor, and my collection would be shipped, and I would be paid,” she says. “But as we got closer and closer to the court date, I knew I had to cover myself. If Barneys didn’t find the right buyer, then all of my production from Resort would have nowhere to go.”

Her instincts were correct. Completed on November 1, the sale to Authentic Brands Group stipulated plans to close the majority of Barneys stores, let go thousands of employees, liquidate the remaining assets, and license the Barneys name to Saks Fifth Avenue. The people Lotan worked with at Barneys are no longer employed; that large order they had placed for Resort 2020 was never paid for, and thus not delivered. Saddled with “a tremendous amount of product,” Lotan found a swift solution: She opened a temporary store just a few blocks away.

Over the course of two weeks, her team spruced up the space at 715 Madison Avenue, brought in some artwork, and opened the doors. “I had all of this product and didn’t want to have to sit with it and put it on sale, and wanted to show it in the most beautiful way,” Lotan says. “It’s already bringing in a lot of new clients from the neighborhood, but a lot of thought also went into where our [former] Barneys customers are going to go. Maybe they’re going to Net-a-Porter, which is my second biggest distribution. We do extremely well with Nordstrom. I’m presenting the collection to a few other New York department stores this week, because for so long we had to be exclusive with Barneys.”

The store’s exclusivity deals were infamous, barring designers from selling to Bergdorf Goodman, Saks Fifth Avenue, and other big-name competitors. Lotan likely isn’t the only designer enjoying the silver lining of exploring new wholesale relationships. Still, she’s most interested in growing her own direct-to-consumer business: “I’m opening more stores this year, and I’m growing my website, so I’m not concerned,” she says. “I have a very strong business right now. I’m established. But what I’m most [saddened by] is that the young designers starting out won’t have a store like Barneys that gives them the opportunities they gave me. They supported you even if you weren’t a huge brand, and helped you become a huge brand.”

Irene Neuwirth’s business is wildly different from Lotan’s—she’s a fine jewelry designer who deals in one-of-a-kind stones and five-figure pieces, and she isn’t beholden to rigid seasonal ready-to-wear schedules—but her path forward post-Barneys looks similar. The store’s closure marks the first time in 18 years Neuwirth has been able to meet with other department stores, but she’s also focusing most of her attention on her own stores and e-commerce. She relaunched her website last week, and says her Melrose Place store—which looks more like your dream home than an actual store—“does amazingly well, better than Barneys.”

Still, she chalks up much of her success to the retailer’s support, particularly Judy Collinson [then the executive vice president]. “I was looking at our brand bio the other day, and I was like, ‘should we update this?’” she says, laughing. “It’s really centered around Barneys. I think a lot of people rolled their eyes about having to be exclusive with them, as did I over time, but it was so helpful to me for many years—it helped me learn about my business, and it pushed me to make another really good decision, which was opening my own retail store and investing in e-comm. When all of this imploded, I felt really wonderful that I had that.”

In fact, Neuwirth began “tightening up” her business with Barneys nearly a year ago when she became wary of its financial situation. “It’s been headed that way for a while. We haven’t shipped to them for the past five months, so our exposure was not as scary as it could have been,” she says. “They’ve always owned our pieces [as opposed to consigning them, a standard practice in jewelry] and they still own some. But what they have is selling really fast.” Neuwirth has been taking meetings with other retailers, but it’s difficult to compare the department store experience to that of her dreamy shops, where her staff are part of the family and every detail has been hand-picked by her. “I have such an extreme attention to detail, and I felt like over time, I’d go into Barneys and other smaller boutiques I worked with, and the jewelry looked beautiful, but it wasn’t telling the full story. So I always wanted to create that, and it’s just been the best. I think everyone should do it if they can.”

Neuwirth and Lotan’s paths reflect a greater trend of designers investing in their direct businesses and scaling back wholesale in an effort to enjoy better margins and, more importantly, create a unique experience. Women shop in Nili Lotan’s store because they appreciate the spare decor, the black-and-white photography, and the wide assortment of cargo pants, cashmere sweaters, and blazers; Neuwirth’s customer comes for the whimsical jewelry and stays for the cozy, art-filled environment. Still, there’s something to be said for what Barneys once was: a true department store with deep variety, designers you’d never heard of (yet), and the very best of everything under the sun, from skincare to homeware. “I think this is a good opportunity for department stores and retailers to change things up,” Neuwirth says. “Everyone will just need to get with the program. I met with someone the other day who said this old-school conservative way of doing business just needs to go, and they wanted to look at jewelry in a fresh way.” She’s been taking meetings with all of the top retailers in New York, but likely won’t sign more than one account. “Our business is doing just fine if we take Barneys off the books,” she says. “I have to fall in love with whoever we decide to partner with.”

Lotan isn’t backing away from the wholesale model, either. Her collections are stocked at Net-a-Porter, Shopbop, Elyse Walker, and Nordstrom, and will debut at Barneys rival Bergdorf Goodman next week. “My business in wholesale is growing so fast, and I’m growing my own stores, so I’m not concerned,” she says. “Hopefully someone else will do what Barneys did, whether it’s in the same location or somewhere else. When I started my business in 2003, I had no representation on Madison Avenue, so women got to know me from Barneys. I shopped there all my life. But let’s see what happens, and be positive and hope something good comes out of it.” 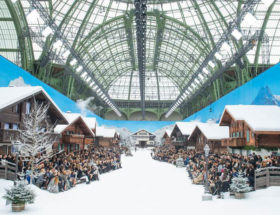 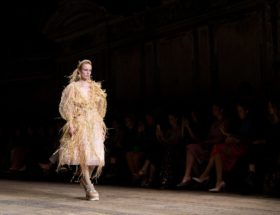