Chiara Ferragni: Unposted Is a Millennial Story of Making It

0
Home NEWS Chiara Ferragni: Unposted Is a Millennial Story of Making It

In the pitch black of the Roxy Hotel’s basement movie theater, a single phone lights up. Its screen flashes a series of bright images: Chiara Ferragni outside, inside, and on the hotel’s step-and-repeat in a butter yellow Prada feathered ensemble, crystals punctuating the corners of her eyes like Maddy on Euphoria. We’re sitting in silence watching a new documentary about the blogger, Chiara Ferragni: Unposted, an audience of other influencers, friends, family, and press brought together by Amazon, which will release the film internationally on November 29, following its premiere in August at the Venice Film Festival. The iPhone continues to light up with images of Ferragni, a red-tipped finger flick, flick, flicking at the screen for several more seconds before it goes dark again, not to be woken up until the credits roll and the audience booms with applause.

The next day, that series of images appears on Ferragni’s Instagram with a caption punctuated by the heart-eyes emoji: “Last night was another milestone for me: the documentary about my life @chiaraferragniunposted premiered in New York in an intimate celebration between friends and people I love. I can’t wait for you guys to all watch it from November 29th on @amazonprimevideo.” In the grand scheme of things, you really can’t criticize Ferragni for looking at pictures of herself on her phone during the premiere of her documentary, because she is her business. Her face, her outfits, her thoughts, everything that comprises and represents her sense of self; being the best at being Chiara Ferragni is what she does professionally—and damn, is she good at it.

“I always say I’m a digital entrepreneur,” Ferragni tells me at a press junket the next day, where she is surrounded by a team of managers and assistants I recognize from a scene in the film in which The Blonde Salad Crew—a multi-part company that oversees Ferragni’s fashion collection and editorial site and also represents other influencers—meets in their Milan office. “When we started talking about making the documentary, it was very important to show the business part because I feel most people, even if you follow me 100% every day, don’t really understand what I do. Even in the documentary, you can’t understand 100%, but you can get a better idea of all the different things that my team and I do. It’s not just about taking photos and looking pretty, because if it was like that, everybody could do it, you know? It’s really about working hard, compromises, sacrifices, and having good intuitions, having good instincts. It’s a mix of a lot of things, but it’s not only taking photos.”

Still, her expertise at sharing and being shared is the crux of the film, which has been directed by Elisa Amoruso. Over the course of 85 minutes, we follow the 32-year-old Ferragni to fashion shows, events, and even—in the film’s opening montage—to a Los Angeles piercing salon where she winces as a technician pierces her right nipple. That’s as shocking as the movie gets, much of it instead centering on her childhood, which was captured on VHS by her mother. It’s these family movies that Ferragni credits with helping her find her voice. “The way that I started to tell my own story on social media, it’s very similar to what I used to say on camera to my mom when I was a child. Even when I was younger, I wanted to be in the spotlight—at that time it was my mom’s spotlight. I’ve always wanted that, I’ve always cared for that. The documentary just made me see things in a different perspective.”

It’s been 10 years since Ferragni launched her blog, The Blonde Salad, and the documentary dutifully marks how far she has come since then, using early videos, blog posts, and selfies to illustrate her journey. It proceeds from seeing a young Italian woman dancing on a chair in her modest kitchen, law school books splayed on a small table, to watching her marriage proposal in front of a crowd of thousands of people. According to the documentary, Ferragni’s 2018 Sicilian wedding to Fedez—an Italian pop star, né Federico Leonardo Lucia—was more popular online than the 2018 nuptials of Prince Harry and Meghan Markle.

To further illustrate Ferragni’s influence, the documentary contains interviews with Delphine Arnault, Maria Grazia Chiuri, Diane von Furstenberg, Paris Hilton, Jeremy Scott, Silvia Venturini Fendi, Alberta Ferretti, and more fashion-world fixtures. The industry approval, the 17 million Instagram followers, the young men and women that scream and weep in her presence, and the fact that Harvard Business School used her as a social media case study cement Ferragni as one of the internet’s most valuable moguls.

She’s also one of the most clever. At the film’s premiere, Italy’s Consul General to the United States introduced her to the audience, making a pointed connection. “I think that Chiara Ferragni runs deep in the historic Italian tradition of creativity. […] She combines, at the same time, a capacity to be an entrepreneur, an influencer, a producer, a designer. I think these are all features of the Italian Renaissance, to be many things together at the same time,” he said. It’s interesting timing that while certain corners of the world are anguishing over a different Renaissance woman—you know, the one with the three-quarter profile and mind-blowing smirk whose new position in the Louvre has caused a media uproar on par with Brexit and the U.S. impeachment hearings—Ferragni is redefining what it means to be a renaissance woman circa 2019. Ferragni, though, appears to have outsmarted the old masters in the sense that she requires no external inspiration. Being L’insalata bionda is to be both La Gioconda and Leonardo da Vinci, to be both the muse and the maker. (There was a darker time in the past where Ferragni maybe have been in a more traditional muse/maker relationship. The documentary briefly touches on Riccardo Pozzoli, Ferragni’s onetime paramour and business partner, who reportedly tried to sell his shares of their joint company The Blonde Salad Crew in a coup before conceding and selling them to Ferragni, making her the company’s CEO and sole owner.) Indeed, she is so self-sufficient in telling her own story, she says that seeing the documentary was weird. “It was like looking at myself, but looking at it from somebody else’s perspective. That is something that has never happened to me before. It was kind of like a revelation.”

The idea of doing it yourself, making your dreams real, is integral to Ferragni’s success and what she wants to inspire in others. During our whirlwind interview, I asked her why she thinks people like to follow her on social media. “I hope it’s because I’m very honest, very transparent, and I think, hopefully, I can be a good example,” she begins. “Seeing that I succeeded, they can get a source of inspiration or a source of energy that tells them: ‘I should try it as well.’ That’s the most powerful thing.” She pauses. “I’m happy because I’m proud of the person that I am and I’m happy that people can see that and find it inspiring in their own way.”

Towards the end of the film, this level of happiness causes Ferragni to break down into stilted tears. She’s emotional because if she’s this happy now, well, that must mean it will go away soon. The scene abuts another of her and Fedez walking with their son, Leone, in Venice Beach, California, as they discuss taking a sabbatical to briefly settle down. The conversation goes back and forth, unresolved. Still, you get the sense they will #NeverStop, as Ferragni’s old Instagram bio used to read.

“But how long can she do this?” a colleague asked me about Ferragni. Surely there must be an expiration date on selling oneself? Maybe not. This spring, Ferragni will appear on Amazon’s new fashion competition series, Making the Cut, as a judge alongside Heidi Klum, Naomi Campbell, and Joseph Altuzarra. “I hope to keep doing those sort of projects because they are challenging, and I love to be challenged. I love to do something that I haven’t done before just to prove to myself [that] it’s okay to be scared, I can do it.” 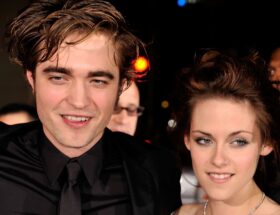 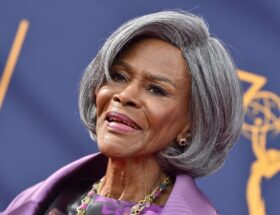 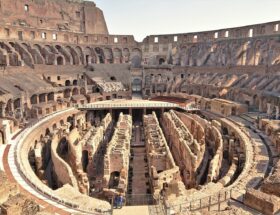