And there are photos.

When Kanye West first began staging his Sunday Service gospel concerts, they were invitation-only affairs held at secret locations that most of us got to see only in assorted clips posted to social media.

But more recently, Kanye has been making the concerts public: He staged a Sunday Service at Coachella in April, and it streamed live for anyone with an internet connection to take in, albeit through a weird pinhole camera that made for less-than-easy viewing. And just last week, he brought the show to Dayton, Ohio in the wake of a mass shooting in that city that killed nine people. (Ohio resident Dave Chappelle, who also hosted a benefit concert for the city, made an appearance, and received a birthday serenade from Kanye’s choir.)

On Sunday, West and his musicians brought the show to a church parking lot in LA’s Watts neighborhood. And while Kanye’s services are no stranger to celebrity guests, a big-name star was spotted at the most recent edition of the concert: Brad Pitt. West and Pitt were snapped chatting in the crowd of attendees.

While the concert series is definitely among the less controversial things West has done in recent years, it’s not been spared criticism. West sells high-priced merchpegged to the gospel shows. A Sunday Service sweatshirt can run up to $225, while his “church socks” cost $50. He also filed for a trademark for the term “Sunday Service,” moves that have sparked accusations that the musician—who literally has a song called “I Am a God”—is trying to turn a profit out of people’s faith. But Kanye wouldn’t be Kanye if he were paying even a little bit attention to critics advising restraint. His religious album, Jesus is King, is expected to debut later this month. 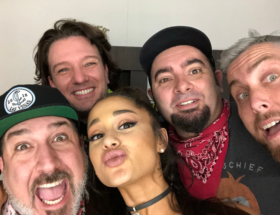 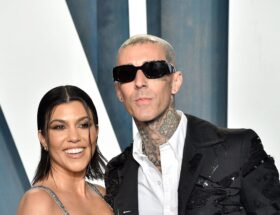 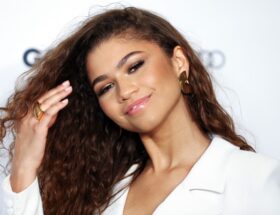