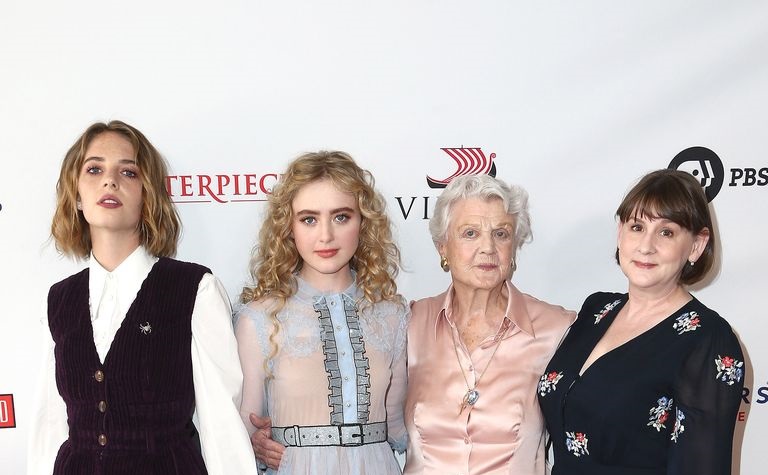 The daughter of Ethan Hawke and Uma Thurman is making a name for herself.

If you devoured Stranger Things Season 3, then you were likely introduced to rising talent Maya Hawke.

While Maya’s parentage is well-known—Uma Thurman is her mom and Ethan Hawke is her dad—the actress has a plethora of talents aside from her unforgettable role as Robin in Stranger Things. For one, she’s a distant relation of Tennessee Williams (father Ethan is the great-grandnephew of the iconic playwright).

Here’s everything you need to know about the actress and singer.

The world is currently eager to see Greta Gerwig’s version of Little Women, starring Timothée Chalamet, Saoirse Ronan, and Emma Watson. But just last year, Maya made her acting debut as Jo March in the BBC’s adaptation of Louisa May Alcott’s classic book.

Of scoring the iconic role, Maya told the Radio Times, “Everybody wants to be Jo—it’s her independent spirit, her lack of self-consciousness; she’s free, awkward and weird.” The actress continued, “I share her awkwardness; I can hardly walk like a regular person, I bump into everything and break things and spill and stumble.”

She almost starred in Sofia Coppola’s version of The Little Mermaid.

Disney continues to move ahead with its live-action version of the classic tale, but Maya was once in the running to play Ariel, too.

In 2015, Variety reported that Sofia Coppola had dropped out of directing The Little Mermaid for Universal and Working Title, after a disagreement regarding who should play the leading role. Apparently Coppola was set on casting “newcomer Maya Thurman Hawke, the daughter of Ethan Hawke and Uma Thurman, while studio brass were wary about the pick.”

Sadly, Coppola’s version of the fairytale never came to fruition, but having seen Maya act, it’s easy to see why the director was set on her for the lead.

She changed her Stranger Things character.

In many ways, Maya was the breakout star of Stranger Things 3, joining the already popular show and making a new character her own. And according to the actress, she even had some input into Robin’s character arc throughout the season.

Speaking to The Wall Street Journal, Maya explained, “Throughout filming, we started to feel like she and [Steve] shouldn’t get together, and that she’s gay.” She continued, “Even when I go back and watch earlier episodes, it just seems like the most obvious decision ever.”

It’s impressive that the actress helped to influence her character on the Netflix series, despite having only just joined the show. As she said, “It was kind of a collaborative conversation, and I’m really, really happy with the way that it went.”

Maya is not only a talented actress, she’s also a fledgling musician. In August 2019, she released two singles—”To Love a Boy” and “Stay Open”—having written the lyrics to both tracks. People described Maya’s music as “featuring gentle guitar melodies that showcase Hawke’s voice.”

Quentin Tarantino is keeping it in the family.

Maya’s mom Uma Thurman has worked with director Tarantino on several occasions, most famously appearing in Pulp Fiction and Kill Bill. And apparently dad Ethan Hawke helped his daughter land a role in Tarantino’s latest movie, Once Upon a Time in Hollywood, as “a ’60s flower child who gets mixed up with the Manson Family,” per People.

In an interview with The Hollywood Reporter, Maya revealed, “I got an audition for the project through the normal channels through my agents. I did an audition in my bedroom with my dad [actor Ethan Hawke]. We sent in the tape to Quentin and I got a callback.”

And speaking to Entertainment Tonight, Maya reflected on how special it was for her to work with a seminal director who had helped to cement her mother’s career. She explained, “I grew up around Quentin and around those movies… They meant a lot to me and the story of my family and my growing up, so it’s wonderful to add my own little piece to the puzzle.”

Maya may be a relatively new face in Hollywood, but she’s already a regular on the front row. From attending Paris Fashion Week with her mother, to being dressed by Diane von Furstenburg at 2018’s Met Gala, Maya is making a name for herself in the fashion world.

Her parents are seriously proud.

Maya might only be at the start of her career, but it’s clear that she has a bright future ahead of her. 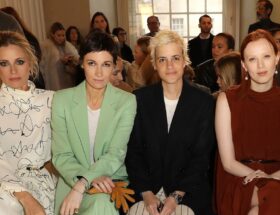