“Diversity Should Be Normal”—For Balmain’s Olivier Rousteing, Fashion Is Political

There are so many reasons why Olivier Rousteing, the creative director of Balmain, is a fierce force of fashion. When he came to that august Parisian house in 2011, he was only 25 years old, and, as a person of color, he was sadly a rare bird in the high-fashion universe. He brought with him a revolutionary approach—a vision of unapologetic, sexy feminism—and a desire to shake off the dust of the past and hit the dance floor—maybe in a sharp-shouldered Balmain jacket flying over a catsuit?

Here, in his own words, are five reasons why Rousteing is a force to be reckoned with:

Because he has introduced a formidable cadre of new women, soldiers in his Balmain army

“What is the Balmain girl? I like people who are powerful, confident, and fearless. When you become controversial, when you want to promote new ideas, you need to be the face of it and not be scared. My girls from the runway were not just models—they were soldiers. They helped me bring my ideas to life.”

Because he was an early adopter of social media

“Being part of what I call the ‘click’ generation—where everything has to be fast and revolutionary, and you just want more, and it’s about likes and consuming—I want to bring new things to the table. A lot of designers say they’re scared or overwhelmed because everything moves so quickly now. I think it would be scarier if it was too slow. I want to go fast… I think I have 4.6 million Instagram followers, which is obviously a great way to communicate my work and my life.”

Because he is known for his personal courage

“You’re taught that you need to please magazines, to please the fashion elite, and that if you do everything the right way, everyone is going to love you. But I decided not to follow some of the rules. When you become controversial, when you want to promote new ideas, you need to be the face of it and not be scared.”

Because of his unstinting commitment to diversity

“Honestly, you still count how many colors of people you have in the show? It’s just sad. There is no other word. It’s fashion getting old. Just two black girls? In the whole city? I don’t think it would be the same with blond girls. Diversity should be normal.”

Because he knows that the most important fashion is always political

“We can use our art to become political, to become something you want to talk about. We make clothes, but we have the chance to change a generation, as well. We have to remember that fashion changed the roles of men and women: When Yves Saint Laurent was putting pants on a woman, he was not only doing that—he was assuming the fact that a woman can wear pants like a man. It’s all the codes that I think fashion pushed so much to change the world, and today it’s what I’m trying to do in my own way.” 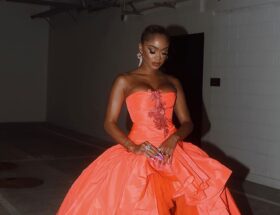 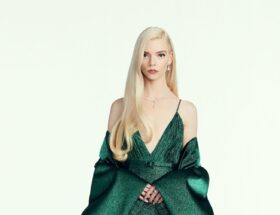 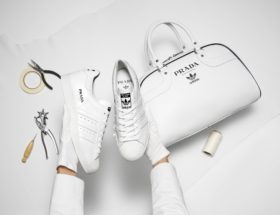