Anna Wintour Talks Jet Lag, Flip-Flops, and What People Get Wrong About Fashion

Phenomenal women are something of a through line in the latest Go Ask Anna. On the subject of pop-stars-turned-designers, our EIC praises a certain Bajan singer’s unrivaled sense of style: “If anyone can be successful at designing clothing, it’s going to be Rihanna,” Wintour says. Later, when asked about people she admires, she mentions Jacinda Ardern, New Zealand’s intrepid Prime Minister, along with the ever-inspiring Serena Williams, for long handling both “defeat and triumph with equal grace and charm and humility and humor.” Plus, there’s the legendary Glenda Jackson, who drops in with a query of her own: Following her cameo in last year’s Ocean’s 8, would Anna ever consider making another turn on the silver screen? “I think the only way I would do another film is if you were in it with me,” AW replies.

Wintour also discusses her highly efficient morning routine (step one, go to wardrobe; step two, pick a print dress); her favorite shoes (Manolos, naturally); and a tried-and-true trick for fighting off jet lag. Plus, she weighs in on flip-flops (good news: they’re Anna-approved!), the bag of the season, common misconceptions about fashion, and the endearing candidacy of Mayor Pete Buttigieg. Who could ask for anything more? 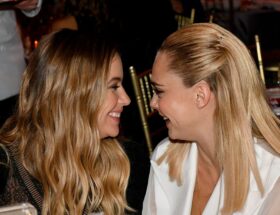 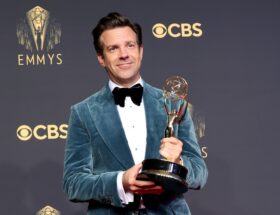 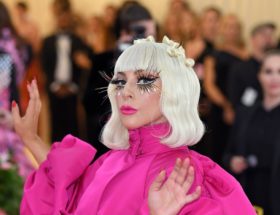