It Was Super Yachts, Champagne, and Endless Tulle at the amfAR Cannes Gala

0
Home NEWS It Was Super Yachts, Champagne, and Endless Tulle at the amfAR Cannes Gala

After 26 years, the amfAR Cannes Gala has proven it’s unlike any other. For art connoisseurs, it’s a chance to purchase once-untouchable works like Takashi Murakami’s metallic Yume Lion sculpture, donated from Charles Riva’s personal collection and nabbed at the evening’s auction for $1.8 million. Or perhaps, it’s a screen print by Andy Warhol depicting Mick Jagger, which is signed by both.

“I’ll be auctioning off that Warhol piece with Andie MacDowell later tonight,” Henry Golding told Vogue, pointing toward the gallery wall dotted with works. “That is, actually, definitely my favorite. It’s the most striking out of all of them.”

For fashion fixtures like Winnie Harlow, the night served as a pseudo-runway show in which the model du moment and ambassador for Perrier-Jouët Champagne wowed the crowd in a gown designed by fellow ambassador Richard Quinn and a team of 14 expert embroiderers. Sauntering down the iconic walkway of the Hotel du Cap-Eden-Roc, and pausing to greet runway pals Elsa Hosk, Cindy Bruna, and Adriana Lima, Harlow and her tulle train bounced in the breeze wafting off the nearby coast. “This is a side of fashion I haven’t seen in real life before,” Quinn admitted. “Everyone talks about it, and it’s quite interesting. These are the people who actually buy your dresses in real life.”

But for amfAR itself, the seaside fête is by far its largest event of the year to raise funds toward AIDS research, HIV prevention, treatment education, and advocacy—the glitzy night raked in a whopping sum.

Following al fresco cocktails, set beneath the twisting, centuries-old Aleppo pines, guests were led to a nearby structure, decorated with flickering candelabras, dimmed chandeliers, and a trompe-l’œil mural of La Scala, purpose-built to host the evening’s program. This included a rock-inspired runway show, curated by Carine Roitfeld and comprised of frocks by the likes of Tommy Hilfiger and Balmain, which sold at an auction led Eva Longoria for $1 million, as well as a slew of performances. Dua Lipa, Tom Jones, and Mariah Carey all took the stage, with Carey earning such acclaim from the crowd that piles of roses were lobbed her way—plucked from the table centerpieces.

The lucky guests then carried on to the hotel’s cliffside pool, immortalized at length by photographer Slim Aarons, where yet another performance, this time by Charli XCX, kept guests like Orlando Bloom, Adrien Brody, and Chloë Sevigny dancing until the wee hours as the super yachts in the bay glided away to their next fabulous port of call. 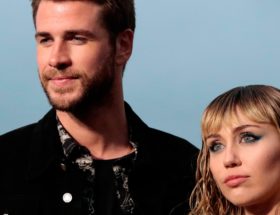 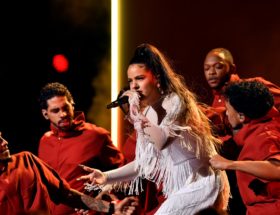