Lady Gaga has made an elegant return to the Grammys.

The superstar walked the red carpet just before the awards show began, literally shutting it down in a gorgeous custom gown by Giorgio Armani Privé. Styled by Sandra Amador and Tom Eerebout, the black silk column gown was one-shouldered with a white train that flared out behind her skirt. She also wore a diamond and morganite necklace, and diamond earrings, by Tiffany & Co.

The “Bad Romance” singer is set to perform tonight and will likely take home some Grammy gold. Her jazz standards album recorded with Tony Bennett, Love for Sale, is up for Album of the Year, with the lead single, “I Get a Kick Out of You,” also nominated for Record of the Year, among five nominations in total for the duo.

The pop star and jazz legend teamed up for their second studio album last year, seven years after they released their first collaboration Cheek to Cheek in 2014. After the release, the pair held a special two-night engagement at Radio City Music Hall, with the concerts also serving as the 95-year-old’s last shows. Bennett’s family revealed in early 2021 that the vocalist has been battling Alzheimer’s disease since 2017.

Gaga responded to this year’s nominations in an emotional message last November, shared on Instagram along with a picture of herself and Bennett. She thanked the Recording Academy, saying, “This means so much to me, @itstonybennett, the Bennetts, my family, jazz music, and the great Cole Porter who wrote all these timeless classics.”

“I’ll never forget today and congratulating Tony on his 6 nominations. I’ll never forget that today he could track every word I was saying and understood the world was celebrating him and celebrating jazz – a genre that embodies the joy, abundance and imagination of Black music throughout history. Thank you to all the Grammy voters for recognizing me and Tony’s dedication to jazz music and for also recognizing it in major categories where this music is often not nominated,” she wrote. 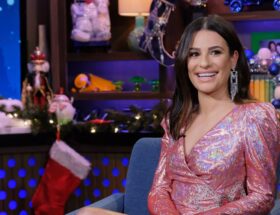 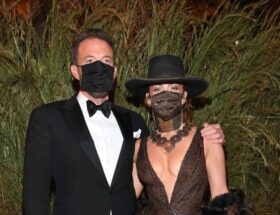 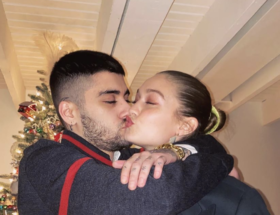