The West Side Story star’s Best Supporting Actress win is historic in more ways than one.

Ariana DeBose has singlehandedly rewritten the history books with her Best Supporting Actress win at the 94th Annual Academy Awards.

The 31-year-old actress won for her role in Steven Spielberg’s reimagined take on West Side Story, playing Anita, a role first made famous by Rita Moreno in 1961. (Moreno was the first Latina to win an Oscar and a Golden Globe at the time). DeBose was instantly praised by critics for her portrayal of the character following the film’s December release last year, and took home a Golden Globe, a BAFTA, and a Critic’s Choice Award for her stunning performance.

DeBose’s win is so much more than a mere recognition for her work in the musical — it’s also a history making moment for the Latinx and LGBTQ+ communities. Her win marks the first time an openly queer woman of color has won an Academy Award and its also the first time two actresses have won for playing the same role in two different films. DeBose acknowledged Moreno’s original portrayal of the character in her acceptance speech, saying, “I’m so grateful your Anita paved the way for tons of Anitas like me — and I love you so much.”

DeBose previously told how taking on the role became one of the “ballsiest things” she’s ever done, advocating for Anita to be recognized as AfroLatina in the film. “I’m really glad that I was allowed to stand on my own two feet. Because if I or anyone else who stepped into this role at this moment in time hadn’t had that experience, I don’t know if the Anita of this age would’ve been fully realized. Because that is Anita. She is independent. She knows her own mind.” 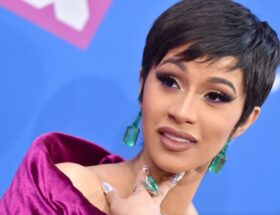 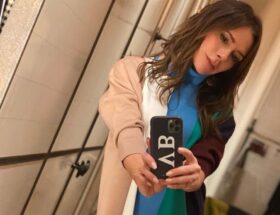